Consumer from ALEXANDRIA, VA
Aug 19, 2016
Recommended
Consumer from ARLINGTON, VA
Jul 13, 2016
Not Recommended
If you decide to go with Hartsock despite my review, some suggestions: Write your own agreement based on their estimate, include all salient details of the work and include complete clean-up at the end of the job and agreed-upon completion dates. If they are planning or decide to do any sub-floor work, insist on a county building inspection. Do not pay more than 25% up-front with the balance due on completion. Do not trust them with a key. Restrict their access to the area where they are working.

Stress. I do not need the stress, and neither do you. I read the other reviews in Checkbook and thought that Hartsock would be superb. I was wrong on every level. Let me explain why:

Steve Hartsock Senior was very difficult to reach, always having phone problems. Emails are bounced back. Still, I worked to make it happen because of the Checkbook reviews. His quoted price was reasonable and the tile he showed me would look nice. I gave him a down-payment that was 40% of the quoted price.

Then the first day of work arrived. Steve showed around 10:45 and left around 3:30 with an hour lunch break. That would be his (and his son's) pattern - except on the day when the truck broke down. No work that day.

The demolition & removal of the old tile filled the house with dust despite his promises to contain the dust. Hartsock left the house unlocked overnight. They made themselves at home in the kitchen. They created an atmosphere where I felt that I worked for them instead of vice-versa. After four days of effort (mostly demolition), with gaping holes in my floor and a house layered with dust, they presented me with a new estimate that was more than twice the original price.

I decided to call in a well-regarded tile expert before I paid them any more money. The expert told me that their work to date was flat-out wrong, unstable in places and would have to be entirely removed and re-done. I proceeded to fire Hartsock Tile.

I am now paying to have their work done correctly. Naturally, the down payment that I gave them is history and the only useful thing that I received for it was the removal of the old tile and some rotted plywood.
Consumer from ARLINGTON, VA
Oct 13, 2015
Recommended
- First experience with tile installation. - Qualified endorsement of Hartsock Tile. High quality work, solid advice, VERY inexpensive. - Essentially a one or two man show, with no office support. Anticipate early AM, lunch or evening callbacks; hard to contact during the work day. - Even after an unanticipated 25% price increase from the estimate (justifiable, see below), STILL completed work at 20%-75% BELOW my other two cost estimates from Checkbook rated companies. - If you need to schedule the work inside of two weeks or operate on a tight time schedule, consider looking elsewhere, as they lack the resources to expedite work and have little white space on their calendar; the loss of a single worker might mean nothing gets done that day. - I did not grasp how tile selection impacted installation. Choosing larger, much harder (porcelain) tile than the installer expected required much more cutting and limited the amount of tile that could be laid on a given day. 3-5 work days extended to beyond 10. On the other hand, it was beautiful work. 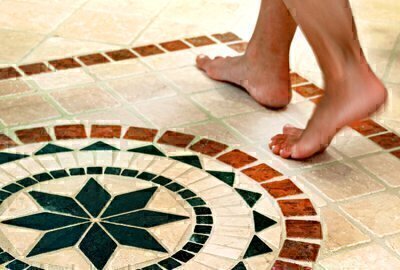