For Moves Within Illinois

State law specifies three ways rates can be set for moves within Illinois, depending on the distance:

To get a good price and reduce the chances of subsequent hassles for all intrastate moves, request written estimates from several movers. Make sure each estimate describes what you want moved. Also make sure the estimate specifies the number of crew members on the move, the hourly rate for the crew, and, for longer moves, the rate per mile per hundred pounds. Ask each mover to attach a copy of its state-filed rate sheet to the estimate.

Beyond this, the strategy for getting a good price depends on which type (distance) of move you will be making.

For a short rate-exempt move, ask each mover to write onto its estimate that the estimate is binding, and that you will not have to pay any more than the estimate, as long as you don’t change the amount to be moved.

For a non-rate-exempt local move (less than 35 miles or entirely within Cook, DuPage, Kane, Kendall, Lake, McHenry, and Will counties), your estimate will provide only limited protection. A company that gives you a low estimate of the hours required might be lowballing and actually take as long as other companies for the actual move. A company that quotes a lower hourly rate than its competitors for the same-size crew may seem like a good prospect for a low actual cost—unless its crews work slowly. The law ensures that you won’t pay for more hours than the company actually puts in. It also provides limited protection if a move takes a lot longer than estimated: If you are charged more than 10 percent above the estimate, you have the right to pay only the estimated price plus 10 percent and insist that the company complete the move; you then have 30 days to pay the rest. That way the company can’t hold your goods hostage on the truck while demanding its full charge, and you have time to lodge a complaint with the Illinois Commerce Commission for unfair trade practices, if appropriate. 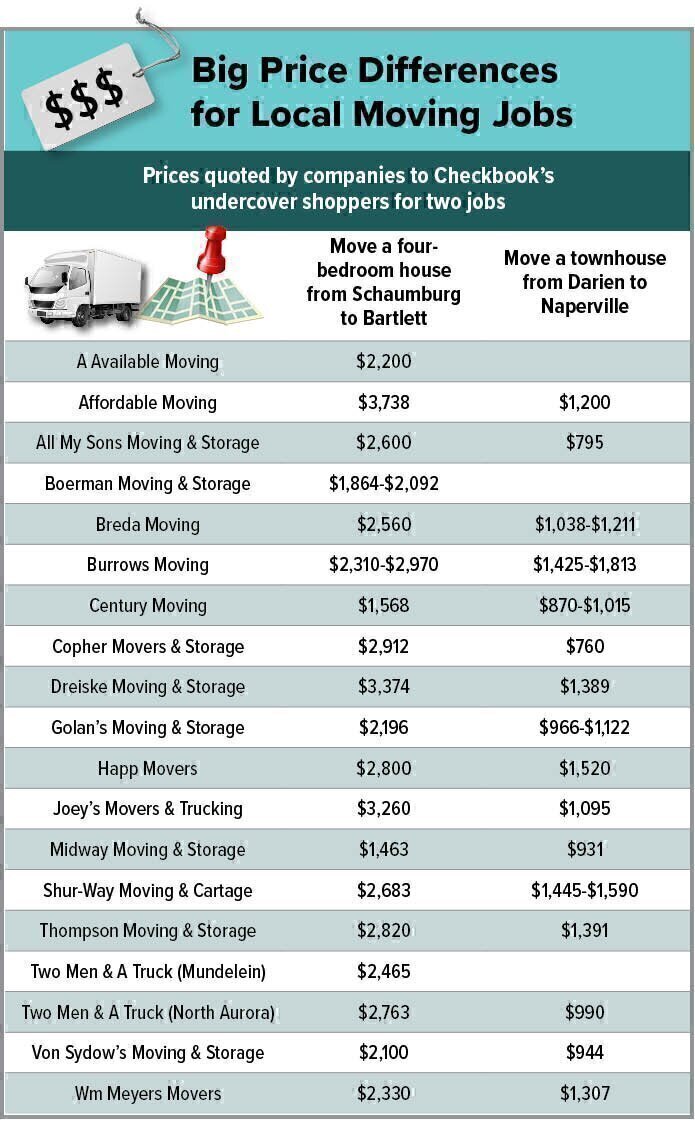