We’ve long advised that pet insurance is not worth it for many people, especially those who aren’t willing to bear large vet bills should their fur babies suffer serious injuries or major diseases.

If you’re willing to pay whatever it takes to treat your pets, then insurance might make sense if hefty vet bills would strain your finances. But, as we discuss below, know that most buyers will pay far more in premiums and copays than they’ll ever get back in benefits. 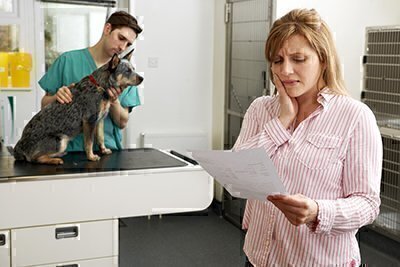 Pet insurance has improved over the last 20 years, in part due to new companies entering the marketplace. For many years, only a few companies offered coverage, and what they offered mostly covered medical care for injuries and low-cost illnesses, excluding care for congenital conditions, cancers, and other often expensive treatment.

But now that there’s more competition, pet insurance plans have greatly improved their coverage. The percentage of vets’ bills that get reimbursed is now typically 70 to 90 percent, and most plans no longer use set schedules of payments that could cap benefits at too-low levels, compared to what vets actually charge.

Other improvements: Pet insurance now commonly covers hereditary and congenital problems, chronic conditions, and alternative medicine such as acupuncture and chiropractic. Wellness and preventive care is available as an optional add-on for additional premiums. Consumers can usually customize their annual deductible, co-pay, and annual limits, and the internet makes buying a snap (though complete disclosure of how future premium costs will rise because of age is often lacking).

While insurance coverage and reimbursements have improved, out-of-pocket costs for pet owners typically have not, with premiums remaining the largest factor making pet insurance an expensive product. As we’ve already mentioned, because most buyers sign up when their pets are young and monthly premiums are lowest, it looks like a manageable expense. But most insurers’ websites don’t adequately warn prospective customers about the high and rising lifetime cost of covering pets as they get older. In fact, they sometimes lead you to believe just the opposite.

Embrace, for example, advertises that “Plans for cats start at under a dollar a day.” But the out-of-pocket for nearly 13 years of Embrace coverage would cost us $15,398 for Kitty.

If your pet has few medical problems, these premiums will seem especially pricey. For example, when we assumed our hypothetical cat had only low medical needs over his life, we found that Embrace would pay little more than $1,200 in benefits. When we assumed the dog suffered moderate levels of health troubles, Embrace would pay out only about $4,700. We made the same conclusions when we analyzed all the pet insurance plans: If the pet needed only low or moderate healthcare, it meant we’d pay far more in premiums than we’d get back in benefits.

Only when Woof suffered major costly health problems did we find his family typically came out ahead financially—but only if they selected a company that offered good coverage for low premiums, and several companies don’t. If Woof had high illness and injury bills of $30,205 and $2,972 for routine care over his unlucky life, his family would save $1,649 to $13,214 with nine of the insurance plans vs. without. However, three other insurance plans still cost $952 to $4,437 more out-of-pocket with insurance vs. without, thanks to high premiums or sometimes shrinking benefits as the pet ages.

But the problem with spending so much to insure against disaster is that the odds of calamity are fairly long. Every six seconds a pet owner faces a vet bill of $1,000 or more, according to ShopPetInsurance.com. Pet insurers also cite this statistic. That sounds scary, but in a country of 144 million cats and dogs that’s about a four percent chance over a year.

Even when we focus just on insured pets, whose families might be more likely to seek care, the financial risks from vet bills is rarely disastrous. The owners of eight percent of Embrace’s insured cats filed claims for lymphoma in 2016, and the company’s highest-cost cancer claim was almost $15,000. But the average cost of cat cancer without insurance was a lot less...well...catastrophic: about $2,900.

The most common claims are for minor problems. In 2020, the top five claims for dogs insured by Embrace were for intestinal problems like diarrhea and vomiting, ear infections, allergies, urinary tract infections, and itching. The average cost of care without insurance to treat intestinal issues was $790; for ear infections it was $290, according to Embrace.

Most of the plans we compared offer “unlimited” annual limits. Embrace had set dollar limits of $5,000 to $30,000. Two Embrace executives we interviewed said the unlimited option needlessly raises the cost of coverage because $10,000 in vet costs in one year were unlikely. “It’s pretty rare,” said Shawn Brown, director of product at Embrace.

Bottom line: Pet insurance for life is expensive. If you want peace of mind, know what kind of cost you’re getting into and shop for the lowest-price providers.

Really want to save on vet bills? Use a low-cost practice. In our evaluations of area veterinary practices, our undercover shoppers found huge price differences for the exact same services, with some practices charging three times more than their nearby competitors. And you don’t have to forsake good care to get good prices: We identified many practices that offer low prices whose customers rated them very high on our survey questions asking about medical care. By using a low-cost provider you can drastically lower expenses and reduce the need for insurance.