Percent of customers who rated service "superior" for: | = average for all fence builders
Doing work properly

Consumer from WASHINGTON, DC
Oct 16, 2017
can't say enough warnings. We were promised full time employees and an on-site supervisor -- we got day laborers and supervisor left after 30 minutes and never returned. Built fence 6" inside our property line, even though they were replacing a fence on the property line. Used warped and knot-holed 2x6's -- within a year-- gates won't close correctly, boards popping out and I had to re-nail them (I used screws). Left debris everywhere. We refused to pay the last 20% so they sued us. We not only won, the judge lectured them on their shoddy workmanship, and pointed out their photos, not just mine, backed up our claims of shoddy workmanship. Clerk told us they are there several times every month suing people who, like us, withheld the last payment when they refused to fix their work. Very high pressure salesmen. My neighbor's yard, exact same size as mine, got a much nicer fence for just over half what we paid, and their looks much much nicer (and meets the ground all along the bottom!)
Consumer from WASHINGTON, DC
Sep 05, 2017
Had wooden picket fence installed in back yard in Washington DC. Received quotes from 5 companies. Long Fence was offering a 20% off "Spring Special." Their base quote was higher than most others, but with the 20% discount, it was slightly lower than the others. When I inquired about decorative fence posts, their salesman advised me to buy them at Home Depot and have the crew install them, because Long charged $$$ for the fence posts - I appreciated his honesty on that point.

Communication regarding the quote was clear and timely. After I signed the contract and paid my deposit, their staff obtained the DC permit for the job and mailed it to me. They were supposed to contact me to schedule the install but did not do so for a month. I called them, they basically said "oops, we forgot to call you," and they were able to get me on the schedule for the following week. The installation was performed by subcontractors rather than Long Fence employees. I specifically asked the scheduler in advance whether the work would be done by Long Fence employees or by subcontractors, and they were unable to tell me in advance which it would be, which was disappointing. I suspect they make the decision at the last minute based on what other jobs they have on the same day.

I would characterize the on-site performance of the subcontractor as acceptable but by no means superior. They were very pleasant and courteous, and they worked very quickly and neatly, and cleaned up well after completion of the installation. However, I have some concern that the holes for the posts were not as deep as they should have been. Time will tell whether they were adequate - Long Fence offers a 12 month warranty on workmanship and manufacturers' warranty for materials (in this case the pressure treated pine posts). Hopefully the warranty will not be needed, and will be honored if it is needed...
Consumer from Washington, DC
Jan 17, 2016
We went through Home Depot, and they subcontracted the work to Long Fence. Long Fence had a small sub contractor do the work. The work was done incorrectly the first time. After we called, Long Fence came out and did everything correctly. 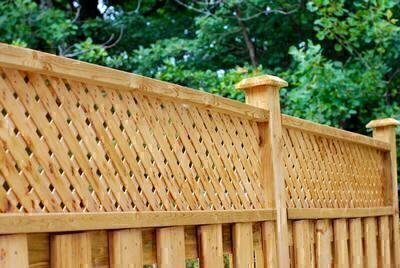 How to Find a Fine Fence Builder

A quality fence can cost a bundle, especially if you choose a builder that charges high prices. Our ratings turned up companies that offer low prices and were rated highly by customers. 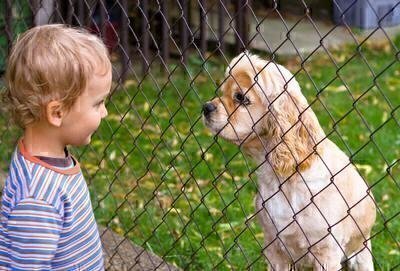 How to Plan for a New Fence

There’s much to decide on: fence type, materials, finish, height, spacing and width of slats, and post size. Also decide whether you want extras such as latticework or an electronic gate.