The amount of protection provided by a burglar alarm system depends on how well you have secured the physical perimeter of your house, the design of the alarm system, the quality of the installation, and how often you activate the system.

Should You Get One? 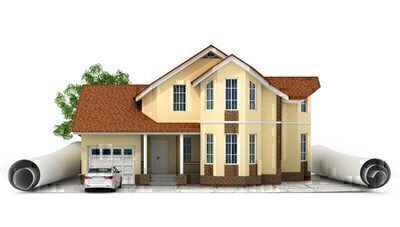 Homeowners should first improve physical barriers to intrusion, as discussed previously, before considering alarm systems. Alarms can add protection against intrusions, but they also involve a significant expense and create some inconveniences. Should you get a system? It depends on several factors:

Basic alarms use little sensors to monitor all exterior doors and any windows easily reached by intruders. Most basic systems usually include a motion detector and a camera or two to record people approaching doors—the latest gizmos use facial recognition to sort out whether it sees you, your family, or strangers. The system should notify you and/or a company if it’s armed and someone triggers one of the sensors.

Professional installation of these basic systems usually costs $1,000 to $2,000. Some companies offer steep discounts to customers who agree to long-term monitoring contracts; with these companies, you can get a basic system for less than $500 if you sign a three-year monitoring deal. You can also install your own basic system and either monitor it yourself or pay a company.

An alarm designed for moderate or heavy protection uses the same sensors to cover other points of potential entry, including second-story windows, attic doors, and skylights. It will also employ multiple motion detectors, pressure pads, and sensors on cabinets and bureaus to detect intrusions past the perimeter when the family is asleep or away. Many also include glass-break sensors. Such systems usually cost from $1,500 to more than $3,000.

Your system’s design can have a big impact on its effectiveness. Some key issues:

The computer that controls a system usually has from six to 32 zones. A single sensor attached to a door window or multiple sensors can be “grouped” into individual zones, allowing the system to report more precisely the location of a tripped sensor. The fewer sensors in a zone, the easier it is to pinpoint what caused an alarm. In a burglary, you seldom need to know more than which room an intruder has entered, but in order to identify a malfunctioning sensor it is preferable to put each one in a separate zone.

Although the more time an alarm system remains in operation the more protection it provides, many homeowners who have security systems often keep them turned off for long stretches to prevent false alarms. Whenever someone opens a monitored door or window, the system has to be reset, and motion detectors often must be turned off when any human or pet is likely to enter their view. Living with alarm systems is at best an inconvenience, at worst enough of a hassle that homeowners just switch them off.

False alarms are not just inconvenient: They cause fear, erode neighbors’ goodwill, and, in many jurisdictions, result in fines. Estimates say 80 to 98 percent of alarm alerts are false—a serious problem for police departments.

Most local jurisdictions have ordinances to minimize false alarms by prohibiting alarm systems from directly contacting the police. Instead, the system must notify a third party, usually at a central monitoring station, which is supposed to verify the emergency before contacting the cops. In addition, most police departments fine homeowners for excessive false alarms.

The best home security systems are designed to minimize false alarms. Panels can be set so that frequently used windows will not trigger an alarm if they are closed quickly upon opening, or if they are opened so that they align a third set of contacts. It’s a convenient feature because you don’t have to enter a code or hunt down a remote or smartphone every time you open them.

Most panels can produce a pre-alarm warning, a moderate-level sound indicating that an alert has been received; unless canceled within 15 or 30 seconds, the full alarm will be triggered. This gives homeowners a chance to cancel alerts caused by their own mistakes.

Various inputs—keypads, key fobs, touchscreens, software on your smartphone, remotes—can be used to control your alarm system. Some systems have inputs that are easier to operate than others. Ask company representatives to explain how their systems are controlled and exactly what you will need to do to set the alarm, cancel it, reset it, and get information on alerts for specific zones.

If your system uses keypads or key fobs, devices should be installed near all frequently used exterior doors so occupants can enter the code or use their key fobs each time they enter or exit. A big benefit of home security software that lets you control the system using a smartphone or tablet is that it lets you easily arm the alarm before going to sleep at night and disarm it in the morning. In addition, if the system is triggered at night, you’ll know which sensors triggered it without having to go investigate.

Most systems sold these days use wireless signals to connect sensors and components to the central control panel, and cellular transmissions to tie the system to a monitoring company or, if you’re doing the monitoring, to your smartphone. Some wireless components are “supervised,” which means that each transmitter periodically sends a test signal to the control panel; if it fails to send the signal, the homeowner or central monitoring station is notified of the malfunction. Otherwise, you have to test the transmitters by going around and activating them, a chore few homeowners perform as often as advised.

These fiberglass and metal devices are the most practical way to alarm windows that you often leave open. An alarm sounds when the screen is broken, and these screens seldom trigger false alarms.

You can also opt to get various other features, including fire detectors, flood detectors, and medical alerts (which we don't recommend for most consumers.)

Who Will Monitor It?

Most homeowners with alarm systems contract with companies to monitor them. But you don’t have to sign up for monitoring—most burglars flee if they set off sirens. Or you can buy a system that lets you do the monitoring.

The large national alarm companies operate their own central stations. Some have stations in each major metropolitan area, while others have a single station. Large independents may also operate their own stations, but most of the smaller companies contract with a third party.

Different jurisdictions have different policies for what central monitoring stations are supposed to do when alerted about potential intrusions. Before you sign a contract for monitoring, check out the current rules with the monitoring company and local police. The most common policy is that when an alarm is triggered the monitoring company calls prearranged phone numbers to make sure it isn’t a false alarm before notifying the police. If it is told it’s a false alarm, the person who answers must provide the correct password.

Also consider enhancing your system with video monitoring. Set up cameras to either record or transmit to a central monitoring station a video of activity around the outside and inside of your home. Systems can be set up either to start recording or transmitting only when some other sensor has been triggered or on a continuing basis. If the video is being transmitted to a central monitoring station on a continuing basis, the station will not ordinarily monitor the signal unless a sensor activates an alarm notification.

Before finalizing a contract with a monitoring service, make sure the communications will work, and test the service’s response by deliberately triggering an alarm and seeing how long it takes the station to call you.

You can find more advice on hiring a monitoring company in the article below.