For Local and Intrastate Moves

For local within-state moves, almost all companies set their prices based on the number of workers and the amount of time needed for the job. If you get help packing, the price will also include a charge for any containers the company supplies.

Note that if you are moving over 40 road miles within Pennsylvania, charges are based on mileage and weight, and priced according to rate tariffs that companies must file with the state. Moves of 40 miles or less within Pennsylvania are charged by the hour, based on the movers’ tariffs.

The only way to get a good price is to shop around. Ask several movers to provide written estimates. Ask for estimates that include the total dollar cost for the move, rather than just a rate quote.

Many companies are willing to offer an estimate with a cap—you won’t pay more than the cap, and you’ll pay less if the job is completed faster than the estimated time. But some companies offer only nonbinding estimates, and we’ve found some won’t offer estimates with caps for the packing portion of moving jobs.

We strongly recommend that you get an estimate with a cap. Otherwise, the company may work slowly and you’ll pay more than estimated. Also, without a binding price from each company, you don’t have a sound basis for comparing prices.

Pennsylvania law provides limited protection if a move takes a lot longer than estimated: If you are charged more than 10 percent above the estimate, you have the right to pay only the estimated price plus 10 percent and insist that the company complete the move; you then have 15 days to pay the rest. That way the company can’t hold your goods hostage on the truck while demanding its full charge, and you have time to lodge a complaint with the state, if appropriate. 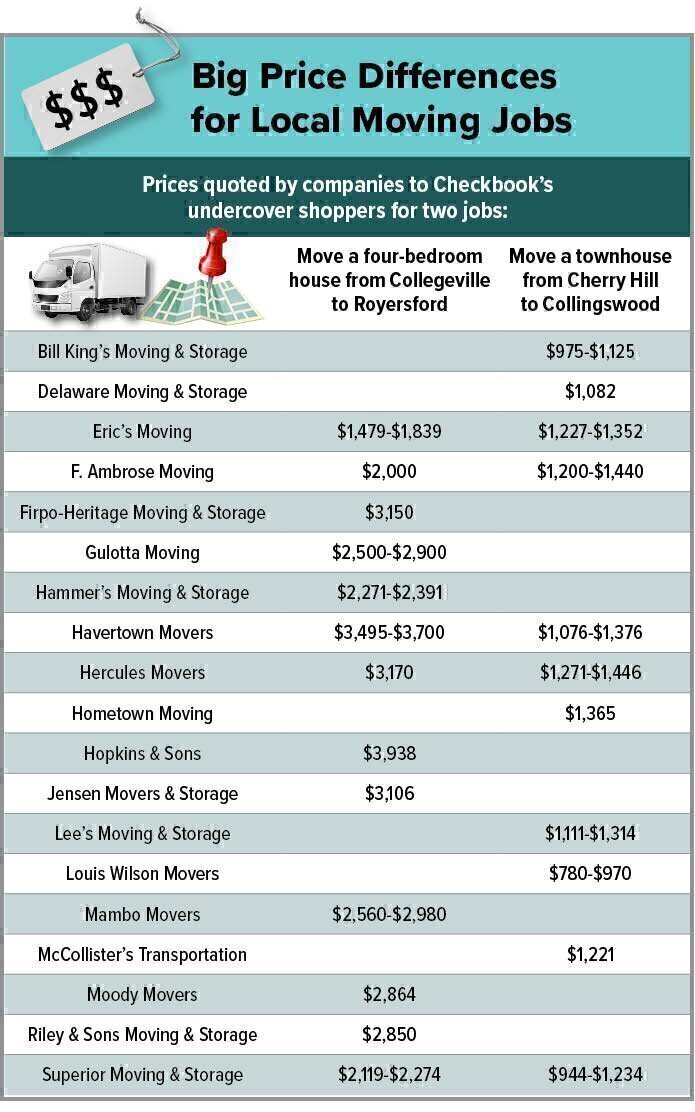