Occasionally, a broken appliance can cause serious damage, especially of the watery sort. Your clothes washer’s supply hoses may burst or crack and produce a spray of water, much like turning loose a garden hose in your house. That’s bad if your washer is located in an unfinished ground-floor area, terrible if your laundry room is upstairs. Insurance companies, which may have to pay homeowners’ claims after such mishaps, recommend changing washer supply hoses every three to five years. Because insurance companies aren’t buying the hoses, they have selfish reasons for eliminating all possible risk, but other experts recommend replacing hoses after five years, seven at most. Use heavy-duty, steel-reinforced hoses, which cost around $20 a pair. 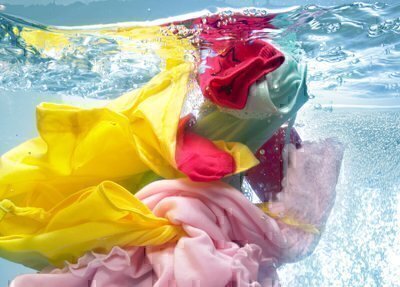 Although a clothes washer’s discharge hose can also break, this is less of a risk because it’s not under constant pressure. If it does break, the flood will generally be limited to one load of dirty, soapy water. However, if the hose breaks down low near the discharge outlet while the washer is in use, the washer will keep trying to fill and discharge until you turn it off. Consequently, some homeowners replace the discharge hose at the same time they replace the supply hoses.

Another flood risk: The water shut-off valve on either your clothes washer or dishwasher fails, and the appliance keeps filling until water spills over the top. This problem is uncommon and most homeowners just live with the risk. But to cut the risk—and also the chance of supply-line breaks—install an electronically activated shut-off valve connected to an electronic moisture detector on each of your supply lines; if moisture appears on the floor, the detector senses it and shuts off the supply lines.

An electronic moisture detector will protect you from the slowest of leaks, too—for instance, a pinhole leak or faulty seal that leaks a little water in a hard-to-see spot below your clothes washer or dishwasher. That kind of slow leak won’t, of course, do sudden damage, but in time may cause your flooring to rot out or damage the ceiling below. To avoid slow leaks, a simpler precaution is to inspect periodically right after running the appliance. Remove the trim strip/access panel below the door to see under your dishwasher.

To avoid slow leaks from your clothes washer, place a plastic pan or tray under the entire washer. Just don’t count on this to collect all the water from a burst pipe or failed shut-off valve. Even if the pan is hooked up to a drain system, it won’t be able to handle the flood.

The other most common appliance-related disaster is fire. Each year thousands of fires start when dryer exhausts become clogged with lint. The best protection? Note if your dryer seems to be getting less efficient—when, for example, you have to run it twice as long as before to dry a load of clothes. If so, clean out the entire exhaust duct from the dryer to the outdoors. You can buy a 10- or 20-foot flexible dryer vent brush at an appliance parts outlet for less than $40.

Defects in dishwashers also pose a fire risk. For example, in 2017 BSH Home Appliances (maker of Bosch, Gaggenau, Jenn-Air, and Thermador brand dishwashers) recalled over 400,000 dishwashers due to the risk of fire from overheating power cords. And Viking recalled about 17,300 dishwashers in 2015 due to an electrical component that was overheating and posing a fire hazard. These are in addition to the more than 2 million dishwashers several manufacturers have recalled in the last 15 years for fire-safety reasons. Periodically check the U.S. Consumer Product Safety Commission website to see if your appliances are on a recall list and, if so, arrange for a free repair.

As a general precaution against disasters, run your clothes washer and dishwasher only when you are home. Going on vacation? Shut off clothes washer supply valves while you’re gone.