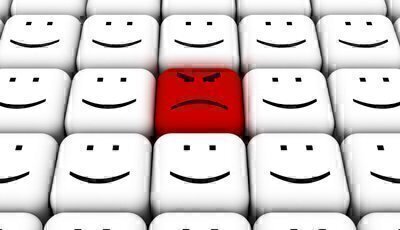 It happens even to savvy consumers, including Consumers' Checkbook staff: You do extensive homework before making a purchase or contracting for a service, but things still go wrong. The supposedly repaired clothes washer is once again inoperative and the repairperson says it’s a new problem (which, of course, it’s not); the TV starts acting screwy exactly one week after its warranty expires (of course); the crown falls out of your tooth after only four months of chewing (seems like it should outlast your caramel cravings by a few years).

Although most of us gripe about service headaches to family, friends, and coworkers, we seldom—studies show it’s as few as one out of four—complain to the company that dropped the ball. And many consumers who do complain to businesses do so ineffectively.

A lot of consumers remain silent because it seems like too much trouble to complain or they want to avoid a confrontation. Others don’t complain because they think it won’t help—the warranty expired a week ago so the store won’t do anything. But, in our experience, telling a company—especially a reputable company—that things didn’t go well usually produces good results. The trick is to complain competently, and to diligently follow up.

The first step is to make sure the company’s owner or manager knows you are dissatisfied. Even if the employees you dealt with know you’re unhappy, that information might not reach someone who has the authority—and cares enough about customer service—to put things right. When you call, ask to speak to the owner or general manager. State the facts as you view them, why you feel entitled to relief, and how the company can make amends. Make your request reasonable. For example, don’t ask for a full refund on a home improvement project if four out of five tasks were performed correctly. 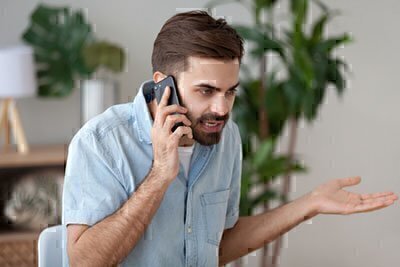 When you complain, do so in a firm but nonthreatening manner. No one responds well to hostility: If you are intemperate, an otherwise reasonable business owner might respond in kind, and what could have been a calm (and quick) resolution turns into a feud. Even if you believe you were intentionally cheated, don’t utter words like “crook,” “criminal,” “incompetent,” or...you know...worse. Harsh words rarely get positive results.

If your phone call fails to yield results, put it in writing. Attach to your email, or enclose with your letter, copies of relevant documents such as contracts, invoices, receipts, and previous correspondence.

If your complaint involves a product that you bought or was installed, contact the manufacturer. Even if your problem did not result from a manufacturing defect, the company may want to settle your claim rather than risk your ill will. We advise you to call the company and obtain an email address or phone number for the company’s CEO or president. Although the company’s top executive is unlikely to handle your complaint personally, his or her staff is likely to get it to someone in the company who can help you—and is more likely to respond to a request that comes from the top.

Another option is to post your complaint—and your desired resolution—on Facebook or Twitter and tag the company. This forces the company to decide whether it wants to gain good or bad publicity from your dispute. While it’s not too risky to ignore one customer’s complaint, many companies don’t ignore complaints that have been broadcast to hundreds of other potential customers. Many companies, particularly national ones, have staff who monitor social media websites to resolve complaints quickly and show that the company is responsive to its customers. 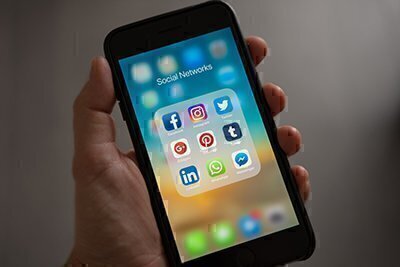 Still no favorable resolution? Fortunately, there are third-party programs that can help.

If you paid using a credit card, the federal Fair Credit Billing Act and the policies of credit card issuers provide enormous leverage by allowing you to withhold payment for goods and services you believe are defective or not delivered as promised. After you’ve tried unsuccessfully to resolve the matter with the service provider, contact your credit card bank to dispute the charge (you usually can do this even if you’ve already paid the bill). Once you’ve requested this “chargeback,” your credit card bank will place a hold on the disputed charge and investigate. The service provider can protest the chargeback, but sellers rarely successfully reverse chargebacks if the customer has returned (or tried to return) the goods or can document the service defect.

You can complain to one of these offices even if you’re not sure it has jurisdiction over your complaint: It will refer matters it can’t handle to another state agency or a federal agency. The matter might be resolved via phone or email, but these offices may also perform inspections, gather evidence from third parties, do legal or technical research, or mediate the dispute. Staff might do more than resolve your complaint; they might get the merchant to agree to change business practices and/or provide relief to additional aggrieved consumers, or they might force the business to pay penalties.

In addition to government consumer agencies, private agencies such as the Better Business Bureau can help you. But government agencies have the force of law behind them. The government can conduct formal investigations and use law enforcement tools such as subpoena power to obtain the facts that will help them negotiate a settlement on your behalf. Government consumer offices can pursue legal action if evidence shows the merchant has violated the law. And the staffs of government agencies are more likely to negotiate on your behalf than are mediators with private and voluntary programs. Private-sector mediators acting as neutral parties often help you and the business come to a resolution. While mediation might work when dealing with responsible merchants, it may be of little value with businesses that have no incentive or desire to work out a settlement.