Switch Providers to Save a Bundle

Fifteen years ago, cell phones were just for calls, and talk was cheap: Most devices cost less than $100, and carriers charged only $25 to $50 per month for service. But as the capabilities of mobile devices—and our reliance on them—skyrocketed, so did costs. Many mobile users now pay $400 to $1,000 to purchase their phones and then $70 and up per month for service. Families with multiple lines can easily shell out more than $200 per month just for service.

We checked pricing available from AT&T, T-Mobile, Verizon Wireless, and other lesser-known companies and found most consumers could save hundreds of dollars annually by switching to a lower-cost carrier. Some families can save more than $700 per year.

On the table below, we report pricing for the Big Three carriers, plus 16 resellers. An overwhelming majority of U.S. mobile-phone customers—231 million of them—use AT&T, T-Mobile, or Verizon. But there are also dozens of smaller companies that buy access in bulk at a discount from one or more carriers and then resell it under their own brand names. For example, Boost Mobile, which is owned by Dish Network, buys up big chunks of data and airtime from T-Mobile and then repackages and sells it on its own.

To figure out how you can get a deal, we looked at monthly service costs for three hypothetical customers: A low-data user (5GB/month/line); a moderate user (25GB/month/line); and a heavy user (100GB/month/line). For each scenario, we report costs for accounts with one line, two lines, and four lines.

To calculate each price, we evaluated all the plans available from each company to identify the least expensive one to meet the monthly data needs for each of our profiles, regardless of throttling concerns. As we explain below, many companies slow down their heavy-data-use customers after they exceed monthly caps; the table reports data-throttling thresholds reported by companies for the plans we selected for our heavy users.

We included only plans that offered unlimited calls and texts (nearly all do now). Costs are those advertised on companies’ websites in July 2021.

The monthly service fees we report do not include device costs. AT&T, T-Mobile, Verizon, and a few other providers, eager to attract new business, recapture lost customers, or advertise 5G capabilities, were offering “free” or heavily discounted phones when we published this story. But there’s a catch: To get a reduced-price phone, you usually must commit to a pricier service-plan option for two or three years. And some offered price reductions for devices only to new signups or to those who had late-model phones to trade in.

Read on for savings strategies. 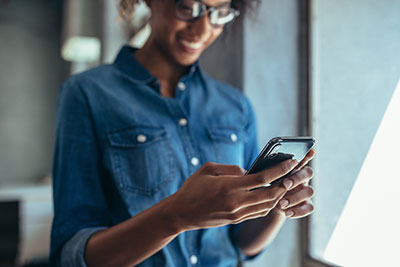 Like Boost, Mint buys from T-Mobile; it offers a $20/month plan that comes with 10GB of data. To get that low price, you have to buy 12 months of service in one payment ($240 per line).

Boost’s advertised prices are slightly higher than what we report in our table. But because Boost includes taxes and government fees in its advertised monthly rates, the two companies’ net costs are about the same for our light-data single user. We adjusted costs we report to reflect estimated tax savings for Boost and other companies that advertise all-in pricing.

By signing on with Boost or Mint, our data-thrifty user would save at least $384 per year instead of sticking with Verizon, $444 per year compared to T-Mobile, and $456 vs. AT&T.

Although companies push “unlimited” data plans, most of us can get by with fairly low data caps—10 to 20GB per month is usually plenty.

But if you actually need 25GB or more of data each month, Visible’s unlimited plan is a steal at $35/month for single-line subscribers.

Mint charges only $30/month per line for its unlimited-data plan, but if you use more than 35GB of data during a month it will slow down (“throttle”) your data speed.

If you need less than 20GB of data each month, the threat of throttling won’t matter. But if you’re a heavy user, know that companies that advertise “unlimited” data don’t necessarily provide unlimited high-speed data; several companies slow down customers for the remainder of their billing cycles after they’ve exceeded monthly throttling thresholds (see further discussion, below).

Best for groups and families: Cricket Wireless and Visible.

For four lines sharing one account, Cricket and Visible offered the lowest rates—each charged our group about $91/month for unlimited data. That’s only a $14/month savings compared to T-Mobile, but about $50/month less expensive than AT&T and Verizon.

Note that “family” plans usually aren’t restricted to kin; you don’t even have to live at the same address or even in the same region to share an account. 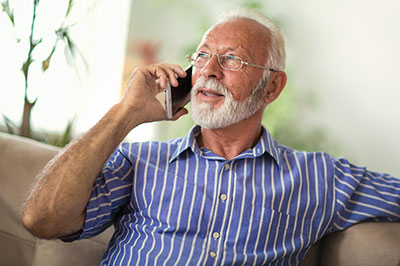 Seniors get sizable savings from T-Mobile.

T-Mobile’s “Essentials” plan offers steep discounts to those age 55 and older. It was among the least expensive options for several of our sample profiles.

Consumer Cellular partners with AARP to offer a five percent discount to its members. But we found its rates weren’t among the lowest we could obtain, and considerably higher than T-Mobile’s senior pricing for moderate- and high-data users.

Among the Big Three, T-Mobile usually won for price.

For the most part, T-Mobile offered lower pricing than AT&T or Verizon, especially for families and high-data users. Across most of our sample profiles, the best AT&T and Verizon plans for our users cost roughly the same. And, again: For those age 55-plus who want to stick with one of the Big Three, T-Mobile’s discounts make it a no-brainer.

Switching providers is usually easy. You probably won’t have to buy a new phone.

Just make sure you sign on with the new company first so it can transfer your phone number. If you’re keeping your device, you’ll get a replacement SIM card with instructions on how to install it (an easy task). If you owe installment payments on your existing phone, you’ll have to pay that off; ask the new carrier if it provides incentives for switching.

As explained above, after you use a certain amount of data (typically 20 to 35GB) during a billing cycle, some companies will throttle down your data speed. So, while Mint’s unlimited plan that costs $30/month per line seems like a steal, maybe it’s not a deal if you use 35GB of data and it slows down your connection.

Even if a company doesn’t have a throttling threshold, you might get lower speeds all the time or during times of heavy network traffic if you’re ranked low on its network’s pecking order. The major carriers save premium data speeds for their own customers who pay for their most expensive unlimited plans. During busy times, a network might slow down other users, including its resellers’ customers and even its own subscribers of lower cost plans. For example, Visible, which resells access to Verizon’s network, warns that “in times of traffic, your data may be temporarily slower than other traffic.”

Although the Big Three heavily advertise their “unlimited” data plans, with AT&T and T-Mobile you must pay for their most expensive options—which cost $85/month—to avoid slowdowns; Verizon discloses that all its customers might experience slower speeds during high-usage times after they use more than 50GB of data in their billing cycles.

Many resellers also disclose lower overall speeds than what you might get if you sign on with their network-carrier partners. Visible, for example, promises 5 to 200 Mbps, compared to 36 to 1,300 Mbps with Verizon’s unlimited plans; Cricket’s speed limits are 4 and 8 Mbps vs. 15 to 140 Mbps with AT&T.

In our comparisons, we took the lowest cost plan that provided the data we needed, regardless of data throttling or deprioritization concerns. But if you care about fast data speeds, check the fine print before signing on to any plan.

On our price table, we list the per-month data threshold at which companies reported they begin throttling heavy users. “None” indicates the unlimited plan we found didn’t have data throttling—but keep in mind all users with many companies might experience low speeds during high-traffic times, due to deprioritization.

Unfortunately, with most companies you won’t find explicit disclosure of what throttling means: While Boost warns you will connect at a 2G crawl, many others merely state you “may” or “will” experience slower speeds.

Most of us overspend on data we never use.

Even though it’s overkill, most cell companies push unlimited-data plans. Don’t need it? Too bad: Except for prepaid plans, T-Mobile doesn’t offer non-unlimited options anymore; AT&T does, but only one plan; Verizon does, but good luck finding it—we finally stumbled across its oddly named “Shared” option during our shopping. But many resellers still do offer less-than-unlimited plans.

Check your phone or bills to see how much data you used monthly for the last year. Then, shop plans that provide a data supply that’s larger than what you needed in your peak month, and skip unlimited plans if they don’t make sense for you. 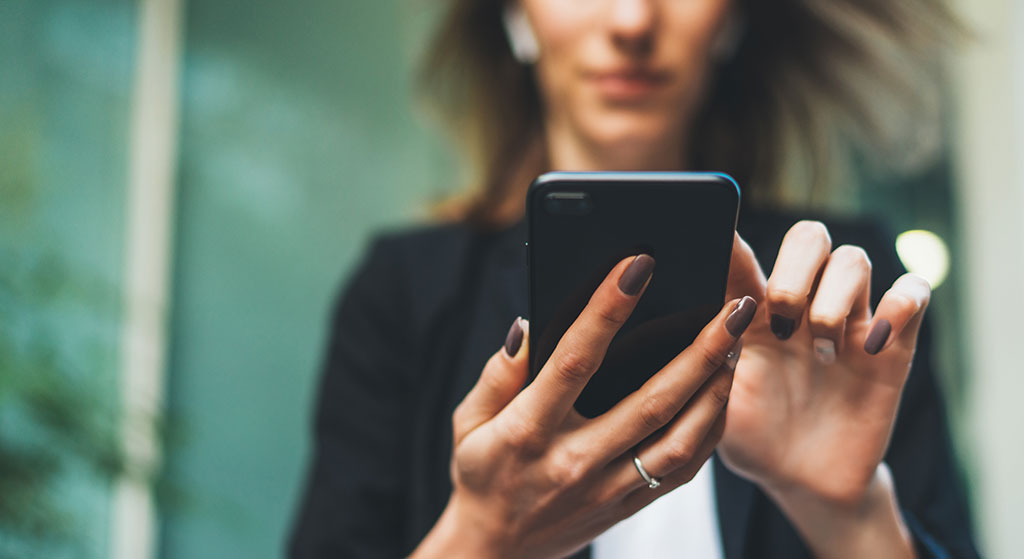 Many cell services beg their customers to use a lot of data.

Carriers are working hard to upgrade their customers to 5G networks and more expensive plans by offering extras. Verizon’s most expensive plan, which costs $20/month more than its base unlimited option, is loaded with free subscriptions to Disney+, Hulu, ESPN+, Apple Music, and more. T-Mobile has a similar partnership with Netflix. AT&T offers HBO Max for free. These deals represent small discounts if you’re already paying a la carte for these streaming services.

The monthly rates advertised by most companies don’t include taxes and fees. But Boost, Cricket, Visible, and some T-Mobile plans do. We consulted with the nonprofit Tax Foundation to estimate the costs of taxes and fees (16 percent) for the Boston area and reduced the monthly prices we reported to account for any savings.

Free and discounted phones are back—with a catch, of course.

Back when most devices cost less than $300, you could get a free phone with a two-year service agreement. But after Apple and Samsung began charging $800 or more for smartphones, those deals largely went away. However, for now, they’re back, mostly in the form of special financing arrangements. Offers when we went to press included:

In general, the Big Three carriers offered more generous device deals than resellers—but only if you want a new device and have a late-gen phone to trade in.

Heavy data user? Watch out for plans that charge by the gigabyte.

Although some resellers and prepaid plans offer great value, we were astonished by expensive pricing many companies charged if customers signed on for by-the-gigabyte plans and used more than 10GB of data. If our single user signed with Tracfone’s biggest plan (3GB) and used 25GB of data they’d see a $249 bill that month.

Resellers and prepaid plans often market to those with poor credit who don’t qualify for conventional plans sold by the three big carriers, and to seniors and others who just want a phone for emergencies. If they don’t minimize their data usage, they might have to pay exorbitant fees to continue their cell service.

Wipe your data before you get rid of your old device.

Before you trade in, recycle, donate, or resell your old device, make sure to completely erase its memory; click here for tips on how to do that.

What about reliability and service quality?

For resellers, we indicate the network(s) each uses in the right-most column of our price table.

Consumer Reports ranked Consumer Cellular (overall satisfaction score of 89) and Ting (87) best; most other resellers received overall scores between 80 and 86. T-Mobile (81) rated better than Verizon (73), with AT&T (69) receiving the lowest score of all.

RootMetrics, a mobile analytics firm, in 2020 ran 2.7 million tests in 125 metro areas of the largest carriers’ networks and rated Verizon’s network as second for download speeds (36 Mbps) and best for reliability and overall performance. It ranked AT&T’s network data speeds fastest (42 Mbps) and T-Mobile last overall and for speed (20 Mbps).

While there’s no clear-cut quality winner, these ratings don’t indicate any red flags for switching to an inexpensive service.