by Kevin Brasler and Andrea Densmore

Consumers’ Checkbook’s researchers spent 33 weeks tracking sale prices at 25 major retailers and found that most stores’ discount claims aren’t really discounts at all, but attempts to mislead. And the shady sales practice is worse than ever before.

Listen to our Consumerpedia podcast about the story below:

Checkbook discovered that most stores’ sale prices—even those that advertise big savings—are bogus discounts, with retailers offering the same “sale price” more than half the time. Often, these fake sales never end: For eight of the 25 retailers, our shoppers found more than half the items we tracked for each were offered at false discounts every week or almost every week we checked. In other words, at many retailers the “regular price” or “list” price listed is seldom, if ever, what customers actually pay.

Checkbook found that only three of the 25 retailers offered Legitimate sales: 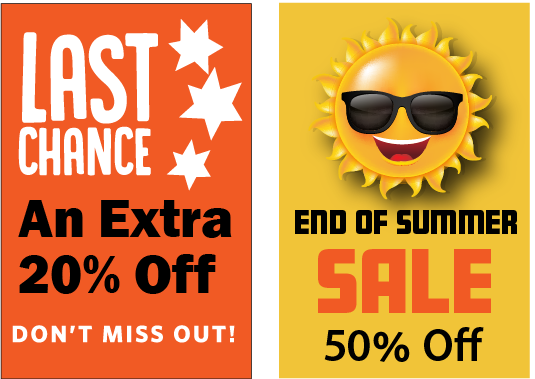 By constantly offering items at sale prices—and rarely if ever offering them at regular prices—retailers are engaging in deceptive advertising.

The stores are running those special-but-not-really-special discounts, holiday sales, and red-dot-spring/summer/whatever-event prices to manipulate you into buying items right away while “on sale” before prices go up. It dissuades you from shopping around for a better deal—after all, if something is being offered at a 60 percent discount, what’s the point of comparing costs?

It’s all designed to make you feel so good about what you pay that you’ll snap up more stuff while you’re at it. If stores can make you feel like you’ve saved a bundle, you might keep right on buying because your savings enable you to “afford to spend more.”

Beginning in February 2022, once per week for 33 weeks Checkbook’s researchers tracked the prices offered by 25 national chains for 25-plus items at each store. We selected on-sale products that were representative of each company’s primary offerings (for example, power tools at Home Depot, clothing and housewares at Kohl’s, big-ticket electronics at Best Buy).

This research expands on similar projects we performed in 2015 and 2018, when we spent 40 or more weeks tracking major retailers’ prices.

We found that in the last four years fake sales have become far more prevalent. During our 2018 project, six retailers—JCPenney, Kmart, Kohl’s, Macy’s, Neiman Marcus, and Sears—offered at least half of the items we tracked at fake discounts more than half the time. Now, nearly all the stores we checked—21 out of 25—advertised sale prices more than half the time. The problem is so pervasive that we had to come up with new standards for what we considered “Usually” and “Often” misleading.

Some retailers still have more egregious pricing practices than others. Amazon, Banana Republic, Dick’s, Foot Locker, Gap, Nordstrom, Old Navy, Wayfair, and Williams Sonoma were the naughtiest fake-sale offenders. At these stores, most of the items we tracked were always or almost always on sale.

The other 21 retailers as a group marked their items “on sale” about 70 percent of the time, on average, meaning that far more often than not they promoted prices as discounts that weren’t really special.

Some retailers suggest their prices represent steep discounts, marking items as being on sale for 50 percent or more off regular prices. This can make customers think the “sale” offers them a fantastic deal. The opposite is usually the case: We discovered that most items can be purchased for lower prices elsewhere.

The table below reports a summary of our findings for each retailer we shopped. At each, we began by tracking prices for 25 items, but during our 33-week research period some items were discontinued. When that happened, we replaced unavailable items with comparable products and started tracking the new items. The summaries we report apply to products that were available for purchase for at least five consecutive weeks (but most were available for more than four months in a row).

Most retailers we studied poorly disclose how they determine all their crossed-out “list” prices.

On the websites for Dick’s, Foot Locker, Home Depot, JCPenney, Lowe’s, Michaels, Office Depot, and Staples we couldn’t find any explanations of how “list” prices were determined.

For the other companies, provided explanations were typically buried in the “Terms and Conditions” sections of their websites. But Amazon, Dell, Macy’s, Target, and Walmart provide more transparency: With each, you can hover over list prices or click on nearby icons for definitions of how they determined their (usually crossed-out) “list” or “regular” prices.

Even retailers that provide explanations often give silly justifications. Kohl’s takes the prize for most ridiculous; its disclaimer reads, in part, “The Reg. or Orig. price of an item is the former or future offered price for the item or a comparable item by Kohl’s or another retailer. Actual sales may not have been made at the Reg. or Orig. prices, and intermediate markdowns may have been taken…”

In other words, Kohl’s is claiming its discounts are based on prices that it or one of its competitors might have charged in the past or might charge in the future. Does Kohl’s have a time machine?!

If you dig, a few retailers provide realistic explanations. In the “Support” section of Best Buy’s website, for example, we found this caveat: “Certain products may display a ‘Reg.’ price, or a ‘Was’ price, which is determined using recent price history of the product in Best Buy stores or online at BestBuy.com.” But, of course, that explanation doesn’t admit that these former prices might have been offered infrequently.

While several retailers issue similarly ridiculous explanations, a few at least warn that you can’t believe what you see. Amazon, for example, says: “The List Price is the suggested retail price of a product as provided by a manufacturer, supplier, or seller. Except for books, Amazon will only display a List Price if the product was purchased by customers on Amazon or offered by other retailers at or above the List Price in the past 90 days for non-seasonal products (like TVs and headphones) and in the past 180 days for seasonal products (like ski jackets and shoes). List prices may not necessarily reflect the prevailing market price of a product.” 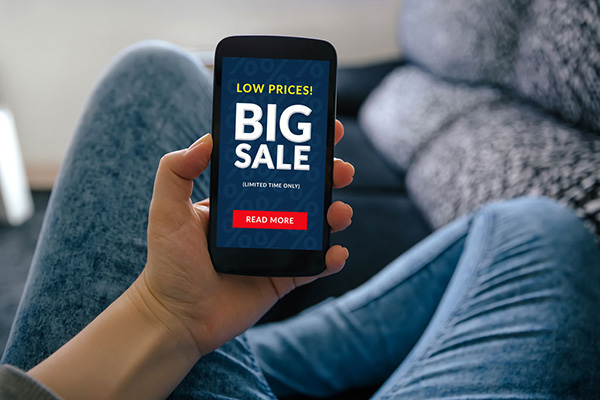 According to Federal Trade Commission (FTC) regulations, these near-constant sales are illegal. The FTC’s rules on “former price comparisons” state:

“If the former price is the actual, bona fide price at which the article was offered to the public on a regular basis for a reasonably substantial period of time, it provides a legitimate basis for the advertising of a price comparison. If...the former price being advertised is not bona fide but fictitious—for example, where an artificial, inflated price was established for the purpose of enabling the subsequent offer of a large reduction—the ‘bargain’ being advertised is a false one; the purchaser is not receiving the unusual value he expects...”

“A former price is not necessarily fictitious merely because no sales at the advertised price were made. The advertiser should be especially careful, however, in such a case, that the price is one at which the product was openly and actively offered for sale, for a reasonably substantial period of time, in the recent, regular course of his business, honestly and in good faith—and, of course, not for the purpose of establishing a fictitious higher price on which a deceptive comparison might be based. And the advertiser should scrupulously avoid any implication that a former price is a selling, not an asking price…unless substantial sales at that price were actually made.”

These are clear-cut rules. Retailers are obviously violating them. The law says stores can’t claim to offer items at a discount if the displayed “regular” or “list” prices weren’t offered for a reasonable amount of time. Our research continues to prove that most stores constantly violate the law by displaying dishonest “list” prices that they rarely, if ever, charge.

Although the problem is widespread and continues to grow, to our knowledge the FTC hasn’t bothered enforcing its own rules on this matter for decades.

We asked several FTC officials whether they are aware of any FTC actions against companies using these illegal sales practices. None would comment on the record.

Meanwhile, the problem keeps getting worse.

Don’t assume that a sale price is a good price.

The store probably offers that price—or an even lower one—much of the time.

Is it a good deal? The only way to know is to compare prices offered by other retailers. Checkbook regularly finds big store-to-store price differences for the same items; it’s not uncommon for stores to charge twice as much as their nearby competitors for the same product. We also found that, over several months, some retailers’ prices for specific items can climb or fall by as much as 100 percent.

A quick internet search will usually help you determine if a store is offering a low or high price. Shopping bots like Pricegrabber.com and Yahoo! shopping can also be helpful. And Camelcamelcamel.com tracks Amazon’s prices.

If you find a lower price online, ask for a price match.

Many stores will match lower prices offered by their competitors, even online sellers.

Even if an item you're thinking about buying really is on sale, rather than almost always marked down, many stores will agree to hold their lower price for you beyond the end of the sale date. Just ask.

All the bogus sales and discounts are designed to make you feel good about the prices you pay and convince you to buy now and buy more. Even if you get a genuinely great deal, don't let those savings push you to spend more on other stuff.

Call or email stores to get competitive bids.

A bad-for-consumers policy enforced by manufacturers for many big-ticket products (appliances, electronics, etc.) is the use of "minimum advertised prices," or MAP. Designed to boost profits and squelch competition for large retailers that have a lot of clout with manufacturers, these policies require retailers to advertise product prices at or above preset minimums. Because of MAP, you won't obtain the best prices on most major brands of appliances from online searches or sales circulars. But MAP policies don't apply to prices quoted to customers in person, over the phone, or via email. Stores—particularly independent stores—often quote appliance prices below MAP if they know that's what it takes to close a deal.

Use Checkbook’s ratings and tips.

Our advice and ratings of stores and other local service providers for quality and price help you find the best deals from the best stores and companies.