Number of complaints with BBB and (complaint rate)

Consumer from Woodbury, MN
Apr 21, 2022
Run for the hills - I advise other potential customers to avoid Champion at all costs. The first red flag should have been the $200 discount that they offered us to post positive reviews online, which was contingent on that review being posted prior to any services or products provided. We made the unfortunate decision to make a purchase of two windows from Champion at the end of May/beginning of June 2021. When the salesperson showed up, after discussing the need to keep cold and dry air out of our basement in the Winter time and hot and humid air out of the basement in the summer time, we settled on purchasing horizontal sliders for our basement as the best option for those purposes. In no way, shape or form were we informed that these would come with an open weeping channel that would run the risk of either intentionally or defectively defeating the purpose of the purchase as was discussed. While we were informed that the process would take approximately 8 weeks to get our new windows manufactured installed, we were fairly patient with them given the supply chain issues last summer. Rather, Champion finally reached out about 14 weeks later in September to schedule the installation. Unfortunately, the installer informed us that they had previously not measured correctly and the windows that were manufactured were not the correct size. While the installer said that we would be put at the top of the list for getting the correct windows made, it took another 3 months/end of December, before they were completed installed. The new windows looked fairly decent enough, however after a winter vacation in January, once we were back in February we noticed that the windows were letting in a significant amount of cold air. Both windows were letting in cold air in the joints, and more significantly, the open, uncovered weep hole on the smaller window was letting in a strong, consistent stream of cold air. We had a general contractor working on another project for us take a look, and he stated that in 30 years of installing windows, he had never seen anything like this, stating it was like having a freezing cold air conditioner pumping cold air into our basement in the dead of winter. The cold air being let in through the defective weep hole was approximately 10 degrees warmer than the temperature registered outside. For example, I took photos showing it letting in 28 degree air when it was 20 degrees outside, and another one showing the 40 degree temperature when it was in the low 30s outside. More recently, when it snowed earlier in the week, the air being pumped in through the defective window was 44 degrees when it was 36 degrees out. Additionally, we were not provided screens with the original installation and other than some initial communication that these have been delayed, we have not received any further communication on when these are going to be provided or delivered since alst fall. At that time in February, we reached out to the salesperson that sold us the windows, to request that they come out to take a look to fix it or to come out and show us what our options are to get a replacement. He passed along the message from their service desk manager that we should just cover up the hole with a piece of tape or felt to keep the cold air out. After explaining that this was a completely unacceptable and inadequate remedy and again requesting that they send someone out to fix the issue immediately or show us what our options are to get a replacement window, or provide a refund to hire a company that sells functioning windows. We finally escalated the issue to the sales manager, who informed us that he had put us at the top of the list with their service department, and had sent along the urgent issue for them to have someone assigned to come out and fix the issue. That was two months ago, and no one from Champion has yet to come out to fix the defective window or to come out to show us what our replacement options or to explain to us what the refund process is so that we can move forward with getting a functioning window in place. We’ve reached out to the sales manager multiple times since then, and it is apparent that his intent is to just keep stringing us along at this point. Our previous 30 year old fake Pella windows far surpassed our new Champion windows in keeping the cold and dry air out of the house.
Consumer from Minneapolis, MN
Oct 21, 2021
Even though they sent someone specifically to measure my windows they brought one the wrong size. They installed it with covered plywood on the sides, which looks ok, and told me they would expedite making a window to fit. It has now been close to three months. I have called twice for an update on the status with no return call. I find that to be terrible customer service after they made a mistake like that.
Consumer from Saint Paul, MN
Jan 11, 2020
They're the best. 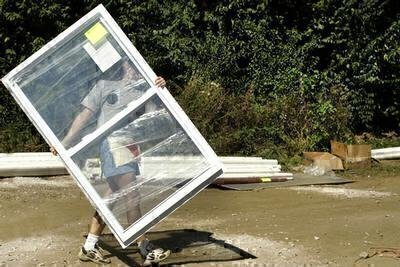 How to Choose a Window Installer

We receive a disturbing number of complaints from consumers regarding window installation work, often about companies that advertise heavily. Many complaints are about sloppy work.

How to Choose New Windows

There are many features to consider when selecting windows and the company that installs them. You’ll have to decide among various types of windows and construction materials.

If you are replacing old windows, you need to choose one of three basic types of installation: Sash pack; frame and sash, and full window.

How Windows Are Rated for Energy Efficiency

U-factor? SHGC? Visible transmittance? What does all of this mean?

How Much Do New Windows Cost?

Costs for new windows can vary substantially depending on which windows you select and who installs them. Among companies offering the same brand, company-to-company differences of $50 to $100 per window are common.

How Much Energy Will New Windows Save?

Although window sellers may make extravagant claims about how much their windows will reduce your energy bills, new windows likely won't “pay for themselves” in energy savings.

What Should the Contract Say?

Whichever window company you choose, make sure you have a tight contract that includes all details on the product and installation, payment schedule, work schedule, and guarantees. 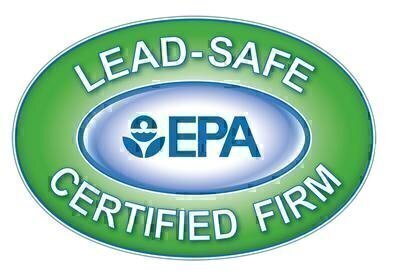 Most homeowners are unaware of new laws designed to protect them from lead-paint exposure, but by now all contractors should be aware of their obligations. Unfortunately, many companies still aren’t doing what they can to protect their customers.