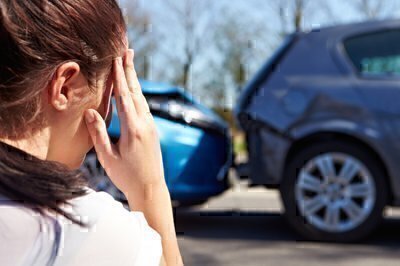 Unlike the law in most states, California law bars insurers from using credit scores and other secretive info to set their rates. Instead, companies are required to give the greatest weight in determining rates to three factors: how long you’ve been driving, your driving record, and how much you drive each year. Beyond these factors, companies are allowed to use other factors to set their rates (we describe many of them below), but the average weight of secondary factors must not exceed the weight given to the primary factors in the company’s premium calculations.

Drivers who have not caused an accident or had traffic violations in the previous five or six years pay lower auto insurance rates than those who have caused accidents or had traffic violations. Although with many companies, a single speeding ticket won’t affect their rates, with others a ticket more than doubles their rates. Accidents can be even more costly than tickets. One at-fault accident in the last three years will typically raise premiums by 30 to 60 percent.

Fortunately, insurance companies don’t hold accidents or tickets against you forever. After three to five years, companies cancel penalties for previous accidents and tickets if you’ve been accident- or ticket-free.

How Long You Have Been Driving

In California insurers are not allowed to use age as a factor in setting rates, but they can consider years of driving experience. The longer you have been driving, the lower your premium. This hurts younger drivers as well as older drivers who did not start driving until later in life. Younger drivers should ask about, and take advantage of, any discounts for driver training courses or good grades in school: Companies often give discounts to drivers with a B average or better. Most companies also offer discounts to married drivers.

If you have had a lapse in insurance coverage at any time in the last five years—including for non-payment of premium—expect your rates to skyrocket. Insurers view potential customers who have had insurance lapses as high-risk policyholders and most will not offer them their lowest rate plans. Similarly, many insurance companies will not offer their lowest rate programs to potential customers who have recently maintained liability coverage limits below the 100/300/50 level.

Some localities present more chances for accidents, experience a higher incidence of auto theft and vandalism, or have higher repair costs or medical and legal charges than others. As the sample rates shown on on our ratings tables reveal, these differences sometimes result in higher auto insurance rates in some parts of the Bay Area than in others.

Premiums are higher for high-mileage drivers, but these surcharges typically are small.

Companies also consider the number of cars they are insuring for a family. The second car usually costs considerably less than the first.

From a consumer’s point of view, this dual-policy pricing is an undesirable practice because it makes shopping more difficult; to find out the exact savings you could realize by switching companies, you have to shop for both types of coverage at once. Click here for our evaluations of homeowners insurance companies.