Your credit score affects the interest rates you can get for loans, plastic, and mortgages. Although everyone wants to maximize their rating with financial institutions, there’s no quick fix if you have a low score. Building or rebuilding a good credit score requires getting current on existing debt, making ongoing payments on time, paying down maxed-out credit cards, and not getting over your head in new debt.

Experian, one of the Big Three keepers of our credit files (along with Equifax and TransUnion), now pushes a program called “Experian Boost” that promises to “instantly raise your FICO score.” Signing up involves handing over to Experian your bank account info, which it uses to pluck out your phone and utility account payment histories. Experian then evaluates your payment records with these types of services and adds its conclusions to your credit score, which it shows you for free. “People who enroll in Boost see an average 10-point increase” in their FICO 8 Score, says Rod Griffin, Experian’s director of consumer education and awareness. 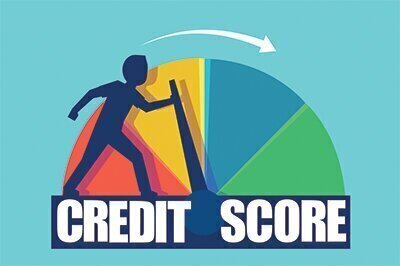 Experian says Boost is especially helpful to consumers with “thin files”—those with little or no existing credit accounts credit bureaus can see. Boost in effect offers to help them demonstrate creditworthiness by proving they pay bills on time. “For people with thin accounts, we see an average 19-point increase,” says Griffin.

Of course, if you’re behind on your utility or cell phone payments, you might not get any help from Boost. But an interesting asterisk is that if your payment histories added by Boost would decrease your score, Experian allows you to hit the “undo” button to tell it to not include its new-found negative info.

Although there seems to be little to lose by signing up for Boost, our view is that most should skip it because a small score improvement from the program probably won’t be useful, for a few reasons:

Lastly, we have serious concerns about giving any company usernames and passwords to bank accounts, which is required to get Boost. In exchange for very little benefit, you are opening the door for Experian—whose clients include retailers, insurers, debt collectors, and behavioral marketing specialists—to build an enormous database with access to the most intimate recesses of your financial life.