For Moves Within California

For moves within California of 100 miles or fewer, almost all movers set prices based on the number of workers and the amount of time needed for the job. For longer intrastate moves, charges must be based on mileage and weight, subject to maximums set by state regulations; carriers usually charge less than the maximum rates. For packing assistance on both short- and long-distance intrastate moves, the price will include charges for labor and any company-supplied containers.

The only way to get a good price is to shop around. Ask several movers to provide written estimates that include the total dollar cost for the move, rather than just a rate quote. For moves within California, estimates must be in writing (verbal, phone, and online estimates are prohibited) and must be given after an in-person inspection of the goods to be moved. If you hire a company, it is required to supply its moving services agreement at least three days before your move date.

Before a within-California move, the mover must also give you a “not-to-exceed price,” which means that you won’t pay more than that price but may pay less if the job is smaller (less weight or fewer hours) than the estimate assumes. If the estimate states just a total dollar cost, that is automatically the not-to-exceed price.

For local moves, the estimate should include the number of workers, hours, hourly rate, and any other details; then you can check whether the job went faster than estimated. For long-distance moves, you can be present at the truck weighing or have the mover inform you of the charges immediately after the weighing. If you disagree with the total weight, you may request a reweighing before delivery (although you may have to pay for it). 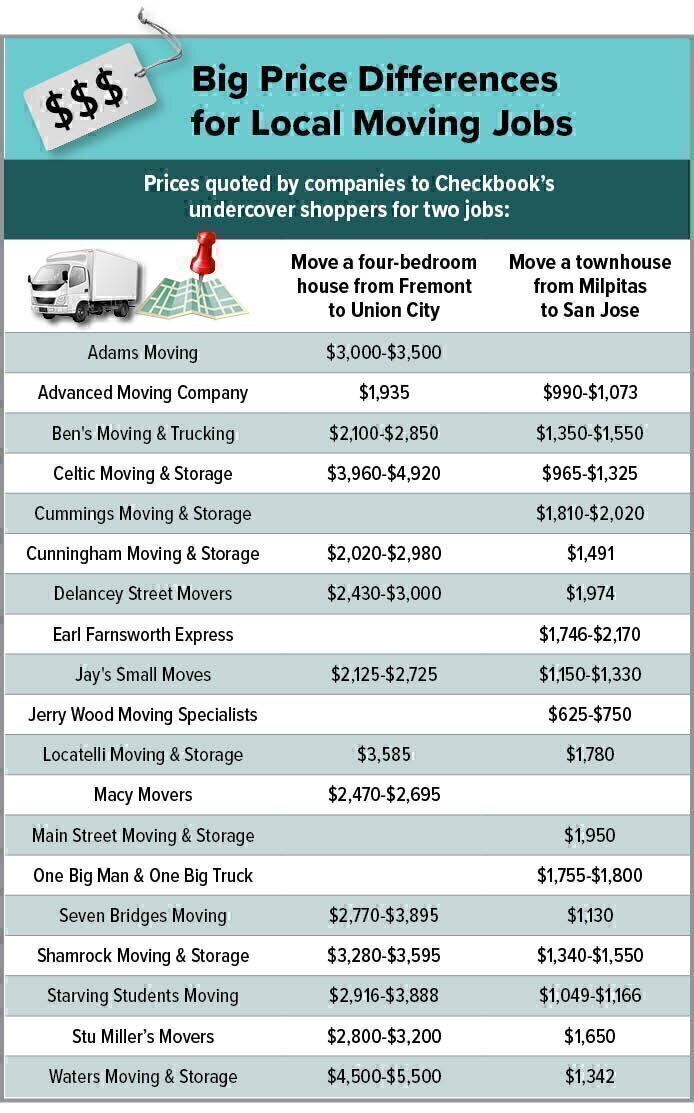