The table below shows prices our undercover shoppers were quoted by a sampling of local tire dealers—including big chains, warehouse clubs, independent tire stores, auto repair shops, new-car dealers, and online sellers—for four specific models/sizes of tires: two sets for a Honda Accord and two for a Toyota Highlander. We asked each seller to quote prices for four tires for each tire model, including mounting, balancing, and disposal fees. 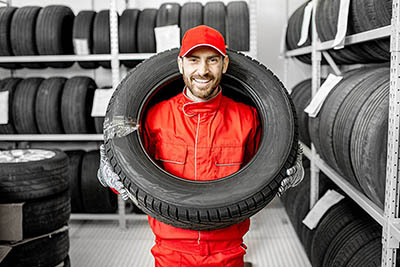 Note that for online-only retailers, which don’t offer installation services, we added a $121 installation fee (that was the average cost for installation quoted by local shops) to their prices.

Here’s a rundown of what our undercover shoppers found:

Where can you get great installation service? Considering how technically complicated cars have become, you’d expect general repairs to be much more challenging than just selling and installing tires. Not so. In our surveys of tire-buying consumers, an astounding 25 percent said they did not recommend the stores or shops where they most recently bought tires. The feedback we’ve collected from local tire buyers should at least help you avoid the worst of the lot.

One way to make sure you get a good price on tires and quality installation is to order tires from a low-priced online seller (in our survey of tire prices, among stores we shopped DiscountTireDirect.com offered very low prices), and have them shipped to a top-rated repair shop (click here for our ratings of hundreds of area shops for quality and price). Not all repair shops install tires, but many do.