The Inflation Reduction Act, signed into law on Tuesday by President Biden, will provide $369 billion in incentives to reduce greenhouse gasses.

For the U.S. to meet its climate goals, the switch to electric vehicles (EVs) must increase dramatically. Right now, only one percent of the 250 million cars, SUVs, and light-duty trucks on American roads are electric, according to Car and Driver.


The new legislation is designed to accelerate the adoption of “clean vehicles” by extending until 2032 the existing tax credit of up to $7,500 for purchase of all-electric vehicles, some plug-in hybrids, and cars powered by hydrogen fuel cells.

Because EVs tend to be more expensive than comparable gas-powered models, the extension of the tax credit might steer more car buyers toward EVs.

Until now, only the first 200,000 customers who bought EVs from a specific manufacturer qualified for the tax credit. Because Tesla and General Motors (which makes the Cadillac Lyriq pictured below) surpassed that limit several years ago, the tax credit was no longer available to their customers. 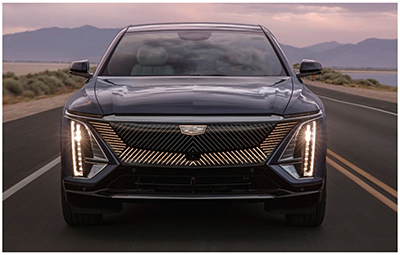 The Inflation Reduction Act removes the 200,000-vehicles cap but there will be new rules on which buyers and which vehicles qualify for the credit—and these restrictions could make it difficult or impossible for you to take advantage of the tax break anytime soon.

Effective immediately clean vehicles must be assembled in North America for buyers to qualify for the current federal tax credit. This disqualifies some new EVs, such as Hyundai’s Ioniq 5, Kia’s EV6, BMW’s i4, and Toyota bZ4X, according to Consumer Reports.

Other requirements will take effect in 2023:

Buyer’s income: Individuals with modified adjusted gross incomes (AGI) of more than $150,000 and married couples filing jointly with AGIs of more than $300,000 will not qualify for the EV tax credit. If you file as head of household, your modified AGI limit is $225,000.

Battery manufacturing standards: Congress wanted to jump-start domestic manufacturing of electric batteries to reduce dependence on foreign countries for the raw materials needed to power them, such as lithium, nickel, and cobalt. Starting next year a steadily increasing portion of the minerals needed to make the batteries—up to 80 percent by 2026—must come from the U.S. (batteries recycled here count), or countries with which we have free trade agreements.

That means that starting in 2024 EVs with batteries made with minerals that come from China, Russia, and other “foreign entities of concern” won’t qualify for the credit. Also, at least 50 percent of the components in the battery must be manufactured in North America.

The law also creates a new tax credit for the used EV and “clean car” market: Up to $4,000 or 30 percent of the sale price, whichever is less.

Again, there are income requirements (modified AGI of less than $150,000 for married couples and less than $75,000 for single filers). And the vehicle must be at least two years old, being sold as used for the first time, and its selling price cannot exceed $25,000.

“This tax credit will really help more Americans get into an EV, and take advantage of the fuel and maintenance savings they can get,” said Chris Harto, senior policy analyst at Consumer Reports.

Reactions to the New Law

The automotive industry realizes it must transition to electric vehicles to meet regulatory requirements and satisfy consumer demand. After Tuesday’s signing ceremony at the White House, the Alliance for Automotive Innovation, a trade group representing the companies that manufacture most of the vehicles sold in the U.S., said:

“On the demand front, we’ve said the legislation’s purchase incentive was a missed opportunity, especially while raw material and battery supply chains are still coming into place,” John Bozzella, CEO of the alliance, said in a press release. “But Congress also made some meaningful investments on the supply side. There is more than $15.5 billion in incentives and grants to ensure the United States is building automotive supply chains and a globally competitive battery manufacturing platform. Over the long haul, that’s going to be essential to making the widest range of EVs available to millions of additional drivers in all corners of the country.”

In a blog post released after the Senate passed the bill Bozzella said 70 percent of the EVs currently for sale in the U.S. “would immediately become ineligible” under the new law, and “none would qualify for the full credit when additional sourcing requirements go into effect.” He also said the new restrictions would “jeopardize our collective target of 40 to 50 percent electric vehicle sales by 2030.”

Checkbook contacted General Motors, which is moving aggressively to offer new electric vehicles. Mary Bara, its CEO, predicts GM will sell more EVs in the US then Tesla by 2025.

The company told us the new law will “help drive further investments in American manufacturing, clean energy and sustainable, scalable, secure supply chains.” Some of the provisions “are challenging and cannot be achieved overnight,” the company said, but it remains “confident” it can rise to that challenge.

GM would not speculate on which vehicles may qualify for tax credits in the near-term, but said it intends to offer “a number of eligible vehicles” down the road.

Could the New Restrictions Backfire?

Some experts warn that new legislation could short-circuit the growth of the EV market because the new rules won’t be easy to meet at first.

James Morton Turner, a professor of environmental studies at Wellesley College and author of the book Charged: A History of Batteries and Lessons for a Clean Energy Future, warned that the new law’s battery manufacturing restrictions “risk short-circuiting EV tax credits just when they are needed most.”

“While some automakers, like Tesla and GM, have well-developed domestic supply chains, no electric vehicle manufacturer currently meets all the bill’s requirements,” he wrote in a recent column for The Conversation. “The problem is that the Inflation Reduction Act’s sourcing requirements come online so quickly, starting in 2023, and ratchet upward so rapidly, that the plan could backfire. Instead of expanding electric vehicle adoption, the policy could make almost all electric vehicles ineligible for the tax incentives.”

Eventually, the new legislation should expand the EV market and make electric cars cheaper than gasoline and diesel models. But in the short-term it might favor certain automakers over others. As The New York Times noted in a recent story: “The legislation effectively penalizes newer electric car companies, like Lucid and Rivian, whose vehicles may be too expensive to qualify for the credits.”

James Chen, Rivian’s vice president of public policy, applauded the intention of the legislation, but told Crain’s Chicago Business, that it would “pull the rug out from consumers considering purchase of an American-made electric vehicle.” Rivian makes SUVs and electric pickups in Illinois. Its R1T pickup truck (pictured below), when maxed out on options, sells for well above $80,000—too expensive to qualify for the tax credit.

Clearly, there will be growing pains, but long-term the law should reduce greenhouse gasses and lower the country’s reliance on foreign supply chains. Jim Farley, Ford’s CEO, said last week that his company needs to work through the sourcing requirements, “but generally it’s positive for our industry,” CNBC reported.

Should I Buy Now or Wait?

“That’s a tough one,” said Paul Eisenstein, publisher of TheDetroitBureau.com. “A lot of new, more affordable EVs, will be available in 2023, but it’s also hard to know, right now, which ones might qualify for the EV tax credit.”

The federal government is expected to release rules and official guidance about how the law will be implemented before the end of the year. So, what would Eisenstein advise?

“You have to consider whether the particular model you’re looking at still has incentives,” Eisenstein told Checkbook. “You’ve already lost incentives on some brands, and models not made in North America. If you need a vehicle and there’s an EV you really like, that’s available without a big dealer mark-up, and you can get a tax credit—that’s a lot of caveats—go ahead and buy it. Just make sure it’s the right vehicle and it’s the right deal.”

More Info: Consumer Reports has a list of vehicles that may qualify for the EV tax credit, and which ones definitely won’t.