How to Select the Right Hearing Aid

How to Select the Right Hearing Aid 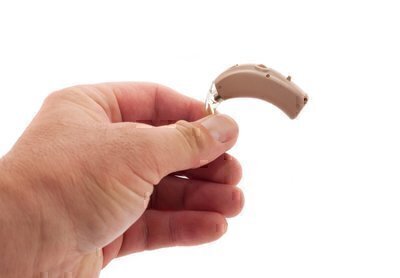 While there are hundreds of hearing aid models available, of various sizes and degrees of sophistication, not all patients are good candidates for each option.

And while these devices can benefit the vast majority of those who suffer hearing loss, many patients can’t afford to buy them: Prices run between $2,000 and $8,000 per pair, and those costs aren’t covered by Medicare or most private insurance plans.

To help make hearing aids more affordable, a federal law passed in 2017 instructed the FDA to develop guidelines to approve over-the-counter (OTC) hearing aids that people can buy and program themselves for a fraction of the cost charged by licensed pros. Click here for a discussion on OTC hearing aids.

All hearing aids consist of three main parts: a microphone that takes in sound; a circuit that processes and amplifies sound; and a speaker that conveys sound to the wearer’s ear. All are powered by a small battery.

Hearing aids vary in shape, size, and the way they are worn. They range from tiny devices that nestle completely within the ear canal to larger, more visible models that sit behind the ear. Although any style may include many technologies, the smallest aids tend to have less power to address severe hearing loss. Not all patients are good candidates for each option; if you have moderate-to-profound hearing loss, carefully discuss your choices with your physician and audiologist.

The figure below illustrates the available styles. The two general categories are behind-the-ear (BTE) and in-the-ear (ITE). Within these two categories are a number of subcategories.

These models consist of a behind-the-ear microphone-and-circuitry component and an earmold that fills the entire ear opening to deliver sound; the two components are linked by a tube.

“Open-fit,” or “open-ear,” BTE models use a small microphone instead of an earmold, leaving the ear opening largely unobstructed and allowing unaltered sounds to enter. These models are particularly good for users who have good or fairly good hearing in certain pitches, but need help in others. Filling these users’ ears with earmolds would block natural sounds that could be heard without hearing aids—often contributing to a disconcerting inside-a-barrel sensation called “occlusion.” Open-fit BTEs facilitate a more normal mixture of amplified and natural sound, and a more comfortable, less occluded experience for the wearer.

Some open-fit hearing aids simply guide processed sound into the ear canal through a very thin tube. Other open-fit models use a wire instead of a tube, and position the speaker (or receiver) at the end of the wire in the ear canal. These “receiver-in-the-canal” or “receiver-in-the-ear” models are very popular.

With ITE models, the entire aid is worn within the ear opening or ear canal, using custom-molded devices. ITE models range in size from “full-shell,” which fill the concha (bowl) of the ear, to “completely-in-the-canal” (CIC) styles, which are almost completely hidden inside the canal. “Half-shell” styles are a bit smaller than full-shell styles, and “in-the-canal” (ITC) styles are a bit larger than CICs. There are also “invisible-in-the-canal” (IIC) models that are seated deeply in the ear canal and not visible.

There are also extended-wear devices, which are placed into the ear canal, where they remain until the batteries expire two or three months later. They are then replaced with new devices.

Since ITE aids are smaller than BTE models, they are popular with patients who want a less visible hearing aid. But newer BTE models are now much smaller than in the past, and open-fit technology makes BTE aids more appealing than before. On the other hand, some patients prefer ITE aids because they are compact and keep everything contained within the ear.

Specialists usually sell hearing aids with multiple features, including some with hefty price tags. It’s expected that most OTC models, when available, will be pretty basic. But all hearing aids, even “entry-level” ones, incorporate a lot of technology, such as directional microphones, automatic volume control, and multiple processing channels and programs that adjust sound output to account for different listening environments.

Because more advanced hearing-aid features usually mean more advanced prices—with the most expensive models at $3,000 or more per hearing aid—think carefully about whether or not the special feature’s added benefit is worth the added cost. Factors to consider include the severity of your hearing loss and your lifestyle. For example, if you lead a relatively quiet life and won’t often benefit from an aid with advanced sound processing, your needs will be different from someone who regularly goes to noisy parties, conferences, or restaurants.

One Aid or Two?

If you have hearing loss in both ears, purchase aids for both of them. It will cost twice as much, but the benefits are significant: Two aids will improve your balance and safety by letting you more easily localize and differentiate sounds. They’ll also make it easier for you to understand speech in noisy environments and sort out which sounds are important.