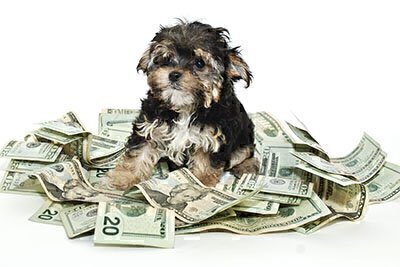 How unaffordable? Take a male mixed-breed dog insured by Pets Best in the District. Enrolled as a puppy, his premium would be $35 a month, but by age eight that more than doubles, to $83. By age 12, it ratchets to $149 per month. That’s almost $1,800 per year—enough to make his owner howl.

Thus, over nearly 13 years, that tail-wagging $35-a-month premium grows into a rabid $11,172 in total premiums. We love pets but that’s almost enough to buy a 2018 Nissan Versa!

And more’s the pity for folks who own pure breeds. When we checked premiums for a selection of breeds as puppies and at age 12, ASPCA Pet Health Insurance quoted us $71 and $229 for a beagle and $84 and $271 per month for a Dogue de Bordeaux.

We also found thumbscrew pricing at several insurers: Nationwide—the largest pet insurer—and other smaller national players, including AKC and PetPartners (both brands are underwritten by the same insurer); Embrace, Figo, and Petplan. Age-based premium hikes imposed by these companies varied from carrier to carrier within a wide range, from up 155 percent to up 330 percent for our example puppy as he grew through age 12.