A Message from Our Founding President

I am retiring from the Center for the Study of Services/Consumers’ Checkbook. Paul Kallaur, one of my wonderful colleagues for many years, is taking over as president.

I want to thank you for using Checkbook and sharing our advice and information with others and helping to create a marketplace that works for all. 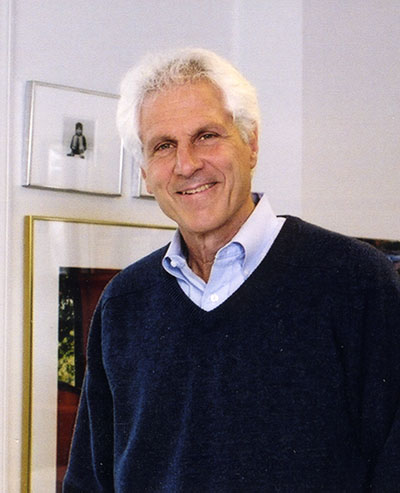 I have often explained how I came to start Checkbook more than 45 years ago. I was driving away from an auto repair shop. This was the third time I had brought in my car for the same repair, and within a mile I knew it was still not fixed. I said to myself: “There needs to be a Consumer Reports for local service providers so consumers like me can find good ones for whatever we need.”

At that time, at the age of 29, I was director of the Office of Research and Evaluation Planning, a new office that had been set up in the Office of the Secretary of the Department of Health Education and Welfare, which was the predecessor of the current federal Department of Health and Human Services and the federal Department of Education. And I spent a lot of my time, with the help of some really smart staff, figuring out how to evaluate services ranging from Head Start programs to neighborhood health centers.

In those days, no organization was evaluating the many types of service providers used by ordinary consumers—auto repair shops, plumbers, doctors, veterinarians, roofers, appliance repair firms, exterminators, gyms, and scores of others. And I certainly didn’t know how to do it well, reach a lot of people, and support such a process.

After kicking the idea around for a couple of years and discussing it with friends, including Jim Guest, who years later became president of Consumer Reports, I was able to set up a meeting with Consumer Reports’ staff, including Colston Warne, its founder and a former professor at Amherst, where Jim and I had attended college.

The folks at Consumer Reports liked my idea but said they couldn’t see how such a program could be feasible because we would have to support evaluations of different companies in each of many local areas, rather than the evaluations of nationally distributed products done by Consumer Reports. But they agreed to give us a grant of up to $25,000 as a match for other funds if we could get other supporters onboard. We eventually got a small amount from the Cafritz Foundation and the Rockefeller Family Fund to use for the match.

We began by focusing on publishing a magazine in the Washington, D.C., area, where I live, and published the first issue in 1976. That was about 20 years before it was possible for us to launch a website. We called the magazine “Checkbook” based on a suggestion of my friend Alan Tassler, considering it would be a “book” and that it would “check” on service providers and give checkmarks to the best ones and save people from wasting money writing checks.

Many terrific people worked with me to make Checkbook happen, often putting on hold more reliable career paths, including Gillian Rudd, Diane Sherman, Mike Knezovich, Barbara Levine, Gregg Jackson, Shannah Koss, Fran Meyer, and others. Later, Robert Ellis, Doug Hanson, and Ann Mabry provided long-term key leadership. We have greatly benefited from expert pro bono legal advice from Kevin Baine of Williams & Connolly, Nicole Rabner of WilmerHale, and others. And as everyone who works with me knows, my wife, Gayle, has been an amazing help, not only in encouraging our work but also in helping me think through key decisions.

For our first 20 years, there was no Angie’s List, Yelp, HomeAdvisor, or other source for ratings of local businesses. These sites, that are very visible today, have serious biases, tending to give more prominent treatment to companies that pay to be listed or found easily. Checkbook is still unique in that it is nonprofit and takes no advertising, referral fees, or other such money from the businesses it evaluates.

The financial support from our subscribers in membership fees and donations has been critical. And your word-of-mouth help has been invaluable: Checkbook users are generally smart people respected by friends and colleagues. When they tell other people and leaders of organizations about Checkbook and how much Checkbook helps consumers, that brings those people into our Checkbook-engaged community. I can never thank you enough for what you do to advance this cause.

Your support continues to help us provide critical and unique information and advice to consumers. As they did 45 years ago, our price comparisons, which no other organization does in a reliable way, still uncover huge company-to-company cost differences for the same work. And we find that the prices companies charge often have no relationship to the quality of service they offer; often, great-quality businesses charge low prices, and vice-versa. The saying “you get what you pay for” just isn’t true when it comes to selecting local services.

Our evaluations and advice are widely respected by other consumer advocates and have won awards for consumer journalism. From the start, Checkbook examined, evaluated, and often challenged the misleading marketing used by many companies, from useless air-duct cleaners to sketchy basement waterproofing contractors to sellers of worthless warranties.

Our Healthcare Research Group, under Paul Kallaur’s leadership, is a highly respected source of expertise that creates a wealth of information to help consumers make better choices about their healthcare and has been a vital source of financial support for our entire organization. We set up that group to survey consumers about health insurance plans and published results in our Guide to Health Plans for Federal Employees in the mid-1990s. Since then, we’ve done similar surveys about health plans, doctors, hospitals, dialysis centers, and other services for Checkbook and under contracts with government agencies like Medicare, nonprofits like Massachusetts Health Quality Partners, health plans, and others.

Our healthcare-measurement expertise allowed us to publish ratings reporting on risk-adjusted death and complication rates of surgeons and hospitals, based on analyses of Medicare claims data. In the case of surgeons, we had to sue the government and fight in other ways to get access to the data.

While I will remain on as a member of our Board of Directors, I look forward with great enthusiasm to Paul taking over as president of CSS/Checkbook. He will continue to lead our Healthcare Research Group and will now oversee all of our direct-to-consumer information activities—working with Kevin Brasler, who created the version of the magazine and website you see today and is a wonderful spokesperson for Checkbook; Andrea Densmore, our managing editor, who leads Checkbook’s research team; Kevin Moss, who has innovated and elevated Checkbook’s business activities, outreach, and marketing; Phyo Win, who has organized and leads our IT operations; Jackie Pearce Garrett, who plays key roles in our relationships with clients and other organizations; and the rest of our wonderful staff. I have stuck around this long because of the pleasure I take in working with and learning from our entire team.