If you want to go solar but don’t want to shell out $15,000 or more upfront or borrow money to pay for it, then leasing is an option.

When you lease, instead of paying for the system upfront, you sign a contract with the installer that requires you to pay it a set amount each month over 20 to 25 years. You pay to lease their solar panels, which generate electricity for you. 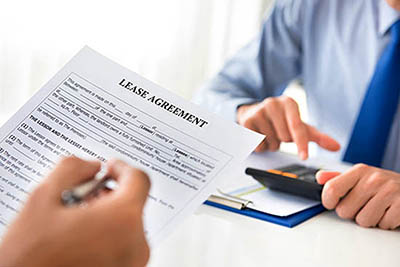 The lease’s monthly payment is typically priced to compete with and be less than what you’d otherwise pay your utility. “The lease is designed to give you a certain discount on your year-one electric bill,” explained Spencer Fields with EnergySage.com. “If your bill is $100 a month, the solar leasing company will give you a 20, 30, or 40 percent discount, and the price will increase maybe three percent per year, in line with how the price of electricity is increasing.”

During the lease period, you also still pay your electric company for whatever power you need to buy from it—such as at night—minus any net metering credits you get when your panels create excess energy during the day and supply it to the grid, just as you would if you bought the panels and system. Usually, the leasing company is responsible for maintaining the panels and equipment. Because the leasing company owns the system, it gets paid for any tax credits and other incentives.

Power purchase agreements (PPAs) are common arrangements between solar companies and homeowners. They’re not really leases, but often are referred to as such. Under a PPA, you and the company agree on size and placement of the system installed on your house, and you sign a contract to buy the power that system produces at a fixed rate for the term, or with an annual escalator of one to five percent per year to account for the decreasing generating efficiency of the system, inflation in the service’s operating costs, and projected increases in the price of electricity. As with leases, you don’t pay upfront for the panels and equipment. But you do pay the owner of the panels (and your utility) for the electricity you use, and the installer collects the benefit of tax credits and other incentives.

Take care when entering into leasing or PPA agreements. Because the companies that sell them front very large expenses to provide their systems, and because the deals run for a long time, it can be nearly impossible to get out of these deals. Consider the following:

When choosing a company, take into consideration the same factors you would if you were hiring a company for a purchase. It should be licensed, insured, and certified.

Get proposals from several companies. The largest providers of leases and PPAs include Tesla (which acquired SolarCity in 2016) and Sunrun (which acquired Vivint Solar in 2020), but smaller operators may also offer good deals. Compare costs for each. In the Boston area, most homeowners who lease pay around $100 per month.

Check the contract to find out the fees you’ll pay and what you’re paying for. It should clearly state monthly and total lease payments and, for a PPA, the price per kWh of electricity. The contract should also specify tax charges, any annual escalator and schedule of increasing payments, other possible fees, system size, and projected kilowatt hours of power the system should create per year. Use the PVWatts Calculator to check the math.

Watch out for large annual increases. If a company proposes annual hikes of more than three percent, negotiate or shop for a better offer.

Check what happens at the end of the agreement. It may let you buy the system at a preset price; some allow you to purchase it during the lease, if you want. Look for a low purchase price or a requirement for fair market value determined by an independent third-party appraiser. Though most solar energy systems continue to perform efficiently for many years, 20-year-old panels won’t be worth much.

Note references to the minimum power a leased system will produce each month and, if it doesn’t produce that amount, how any shortfall will be refunded. This is not an issue in a PPA, which charges an agreed-upon rate per kWh only for electricity actually produced.

Check system and roof damage warranties, and the company’s obligations to provide monitoring, maintenance, and repair. The time period should last for at least as long as you host the system on your home. Understand your obligations as well, for example, to trim trees that may throw shade on the system.

For a lease, note especially how promptly the company must make repairs if the system fails. If the company is slow to fix, you shouldn’t get stuck paying your full electricity bill while you wait.

Find out what happens if you sell your house before the deal ends. Can you terminate the lease without penalty? Can you transfer it to the next owner without a lot of hassles? Transferring or buying out the lease can add complications and thousands in costs to your home sale, and it could be a deal-breaker for some would-be buyers.

Don’t buy into sales pitches that emphasize how leased systems will add to the value of your home; there’s a good chance they won’t.

Ask about liens or UCC-1 fixture filings. Leasing companies routinely take out fixture filings against their customers’ solar systems, which are a public filing with your real property records office that gives notice that they own the system in order to protect them against default and nonpayment. A fixture filing is a type of lien, and we really dislike liens. Ask if a lien or fixture filing can be excluded from your contract; if not, at least make sure the agreement provides for an immediate lifting of it once the agreement ends.