Trader Joe’s earns high accolades from its customers for our survey question on “overall quality”—74 percent rated it “superior.” That’s a more favorable score than what customers gave most other area chains. But since the market basket we used for our price survey is largely consists of national-brand products, and since Trader Joe’s offers mainly its own brands, we couldn’t compare its prices using our standard price survey. Instead, we had to shop Trader Joe’s using a special survey that included the same fresh produce, meats, and dairy items included in our standard survey, comparing the national-brand items on our list with the prices of Trader Joe’s store brands. (When comparing prices, we used per-unit pricing—for example, price per ounce.)

We also shopped ALDI using the same method we used to compare Trader Joe’s prices. ALDI is a discounter that, like Trader Joe’s, mostly carries its own brands instead of national-brand products, and so far has opened only a few stores in the Boston area.

ALDI’s prices were an astounding 40 percent lower than the all-store average for our full market basket including comparable national-brand items. But these savings come with a downside: although we haven’t yet received enough ratings for ALDI to report quality scores for it, in other metro areas where we publish Checkbook ALDI rates middle-of-the-pack on many aspects of quality. 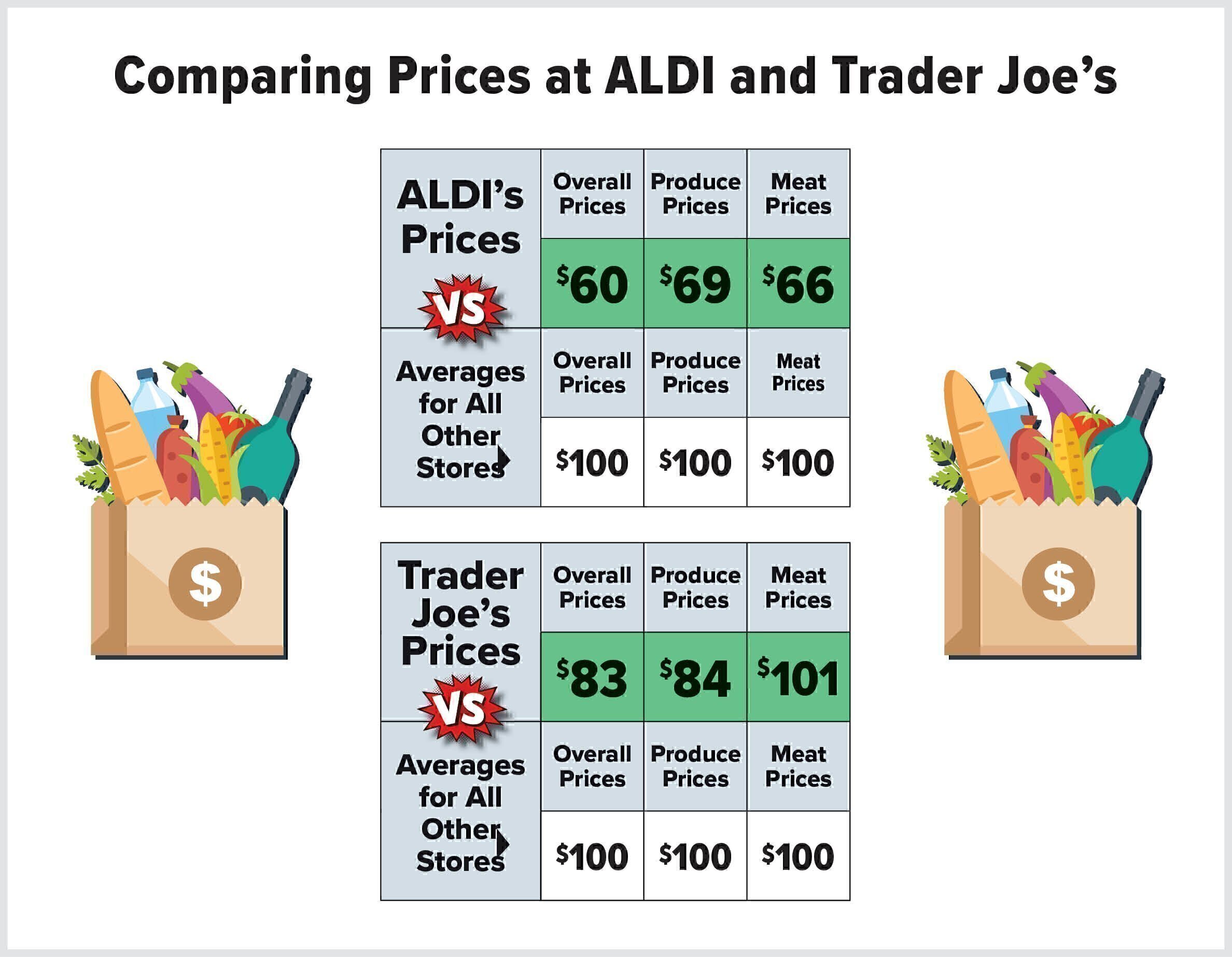