Consumer from Bethesda, MD
Sep 12, 2018
I have had superb experiences with Greensweep for many years, but had only contracted for grass cutting, leaf raking, and gutter cleaning. This year, I decided to have them do more extensive work, including chopping down a tree, pruning branches, mulching, etc. It did not go particularly well.

The first hint of a problem came when I told them I had a lot of yard work and wanted to get an estimate. Instead of giving me one (or asking more specifically what I needed) , they said that for a lawn my size, they would expect it to be in the neighborhood of $400-500.

I made an appointment, and took off work to show what was needed. They came without a ladder for tree trimming or mulch, even though I had specifically mentioned these as things that would need to be done. They told me that a different crew would need to chop down the one tree that needed it. And they failed to trim a bush that I had requested be trimmed.

I then emailed to request that the separate crew come out for the tree that needed chopping down. At that point, I was told the tree alone would be $750 to $1,000. I also confirmed that I still needed two trees trimmed (which would require a ladder), the bush trimmed, and the mulching done.

Second visit, they chopped down the tree. They mulched two thirds of the way around the tree that needed it, and then unaccountably stopped. They still failed to trim either of the two requested trees, or the bush. At that point, I emailed both descriptions and photos of the undone work.

Third visit, I again stayed home and showed them what needed to be done. This time, they got the bush and the mulching. However, they did not check in with me before they left. And I then discovered that they had completely failed to trim one of the two trees, and had done only a little of the other.

When I called to complain, they said they had decided that one of the trees didn't need trimming, because I had complained that it was hitting the roof in high winds, and they thought it was far enough away from the roof not to be a problem. (Of course, it was 8 feet from the roof at normal times, but was as I said hitting the roof in high winds.) When I said I really needed the work done, they said there would be a delay because they had not brought a ladder -- even though they had now been told multiple times that I needed tree trimming that would require a ladder.

The work finally got done on the fourth visit. I still do not know what the total cost will be, but it will obviously be a lot more than the $400-500 originally quoted. And while I can understand the estimate being low when they didn't know the extent of the needed work, that was exactly the problem I had tried to avoid by showing them what needed to be done and getting an actual estimate to begin with.

Consumer from SILVER SPRING, MD
Aug 03, 2010
We've used Greensweep for a few years. We think service has declined in recent years as the company has grown.

Kermit the Frog once crooned “It’s Not Easy Being Green.” If you have a lawn, you can relate: It’s not easy keeping things green. Here's how to plot a course, whether you call in the pros or go it alone. 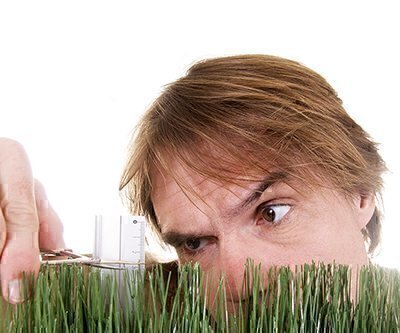 Do Lawn Care Services Know What They're Doing?

The proposals Checkbook's undercover shoppers get from lawn care services rarely agree on identification of weed species, presence of disease, need to correct soil acidity, and recommendations on core aeration.

What Do Lawn Care Services Do?

Lawn care services work with different products and techniques, but the results they promise are similar. Companies usually offer customers a selection of “packages” that include specified treatment plans to take place over the course of a year. 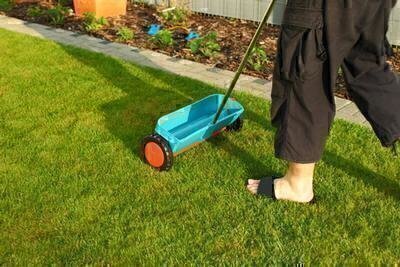 Work You Still Have to Do

Even if you hire a lawn care service to keep your scene green, there are still many important tasks left for you to do—or to pay someone to do.

To minimize health risks from all treatment solutions, read the warning labels on the containers; lawn care services will provide copies of labels upon request.