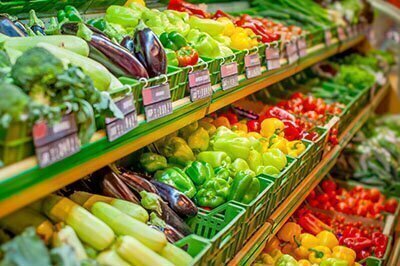 Our ratings of Bay Area grocery chains and stores report how each stacks up for price and quality. To compare prices, our researchers used a 154-item list of common items to shop area options. To evaluate stores on quality of products and service, we surveyed area consumers. The figures below summarize our findings; for details, see our Ratings Tables.

The price winners were FoodMaxx, Foods Co., Grocery Outlet, Smart & Final, Sprouts Farmers Market, Walmart, and WinCo Foods—where many families could save $1,800 to more than $3,700 per year.

WinCo and Walmart were the biggest savers, with prices 29 percent and 26 percent lower than average, respectively.

Target’s prices on the rise?

The location we shopped for Target had especially higher-than-average prices for produce. In general, we found that the Target stores around the U.S. that lack scales at checkout, and therefore price produce per piece or package, offer undersized items relative to their price tags. (At Target and other stores that price produce per piece, we used our own scales to weigh items to convert costs to price per pound.)

Shoppers using Grocery Outlet will have to make another stop.

Grocery Outlet, which offers a somewhat odd assortment of steeply discounted surplus national-brand products, offers very low prices, but the location we shopped carried only about one-third of the items in our market basket.

Whole Foods remains an expensive choice—and its ratings for quality continue to dip.

Whole Foods built a loyal following by offering high-quality produce, meat, prepared foods, and generic staples, and has always earned high marks in our surveys of consumers, especially for produce and meat quality. While Whole Foods’ customers continue to rate it fairly highly, on our “overall quality” survey question its ratings have dropped significantly: Only 61 percent of its surveyed customers rated it “superior” overall.

Shoppers throughout the Bay Area continue to have access to low-priced grocery options. Although price leader WinCo’s stores are not conveniently located for most Bay Area shoppers (its only local outlets are in Brentwood, Pittsburg, and Vacaville), and although you can’t count on Grocery Outlet to stock everything you want to buy, most area shoppers live or work near at least one of these or another low-cost grocery option.

Prices at Lucky, Nob Hill, Raley’s, and Safeway were about the same.

Lucky and Safeway are now owned by the same company; Raley’s now owns Nob Hill Foods. These big, conventional supermarket chains did little to distinguish themselves on price.

In our surveys of consumers, Nob Hill and Raley’s received significantly higher scores across all our questions than their larger rivals.

The lowest-priced chains received low ratings for quality—but then so did more expensive Lucky and Safeway.

Lucky and Safeway rated toward the bottom of the list for “quality of fresh produce,” “quality of meats,” and “overall quality,” as did their much-lower-priced competitors.

United Markets was rated high for fresh produce quality and had very low prices for fresh fruit and veggies.

While, overall, United’s prices were about four percent higher than the all-store average, its prices for just fresh produce were among the lowest in the area—about 12 percent lower than average. And its scores for “quality of fresh produce” from our surveys of area customers were among the highest.

Similarly, Berkeley Bowl gets very high ratings across the board from its customers, yet doesn’t impose a big price penalty for its top-rated produce.

Prices at the other area chains that rate highest for “quality of fresh produce,” “quality of meats,” and “overall quality”—including Draeger’s Market, Lunardi’s, and Piazza’s—were substantially higher than average.

At most stores, when we substituted cheaper generic and store brands for about one-sixth of the items in our price-shopping market basket, the total cost of our list dropped by about six percent.