Percent of customers who rated service "superior" for:
Advice on choice and use of products
?
?%
Staff attitudes/atmosphere
?
?%
Reliability (standing behind products, delivering on time, etc.)
?
?%
Overall quality
?
?%

Consumer from MANASSAS, VA
Feb 26, 2018
Not Recommended
Consumer from MANASSAS, VA
Aug 04, 2015
Not Recommended
In April of this year. I brought my 2009 Ford F-150 into Battlefield Ford Quick Lane for an oil change. They call it "The Works". While I was waiting, one of the "Service Advisors", came to me to report a problem. She told me the threads on the Oil Drain Plug had been stripped and that the plug had to be replaced. When I asked her how that had happened, she replied, "It happens with age". My truck was not yet six years old.    I pointed out to her that (a.), although my truck was a 2009 model, it had been driven only approximately 22,000 miles. (b) The drain plug had only been removed five times including that day, and (c), All five of the oil changes had been done there. No one else had ever touched my truck. I asked if it didn't seem strange to her that a drain plug would fail after being removed only five times? She asked me to wait a moment, and shortly returned, saying, "We'll take care of it".    Apparently, it was taken care of. My truck does not leak oil. But the experience irritated me to the point that I swore never to return to Quick Lane.

In July, my wife told me she not longer felt secure in her 2000 Buick LeSabre. The battery was warranted for six years and was more than five years old. Further, two tires, although not badly worn, were old and should be replaced. She convinced me that I should not be so quick to write off Quick Lane, and that based on their advertised tire prices, I should give them another chance. Reluctantly, I agreed.

My wife accompanied me to Quick Lane on July 10, 2015. We noticed a display of the waiting room wall advertising a 100 month warranty Motorcraft Battery priced from $119.00. Although we had come in primarily for tires, we decided that a 100 month warranty was worth while. We went to the write up area, the first of two "service advisors", asked if she could help us. I told her I would like to know the final price including mounting, balancing, tire disposal, and all other charges for two Michelin Defender Tires, and additionally, balancing the other two wheels. She looked on the computer and told us she did not have them in the building, but if I could come back in a hour, she would have them.

I then told her I wanted the battery advertised on her showroom wall, and a need a "Group 79" battery. This seemed to confuse her, and after a few moments, the second "service advisor" advised me, "We only sell Motorcraft Batteries". I said that was fine, that was what I wanted, and that Group 79 was not a battery brand, it was the size of battery I needed for my car. The first "Advisor" then went back to her computer and quoted a price for the tires and battery. She said she did not have them on hand, but if we returned in an hour, she would have the tires and battery waiting for us.

We returned an hour later and the tires and battery were installed. When we looked at the service ticket, my wife noticed the price of the battery was more than the price we had been quoted. When she pointed that fact out, the "Advisor" studied the ticket, and wrote a new ticket, allowing us a "VIP DISCOUNT" of $100.00.

On the way home, my wife noticed we had received no warranty papers for either the tires or the battery. When we got home she called and asked if we could come back and get them. She was told by whoever she was speaking to, that they would call us right back. We are still waiting for that call.

Also on the way home, I told my wife that, based on my prior experience with Quick Lane, and the fact that we were not furnished any warranty papers, I wanted to check the tires and battery thoroughly when we got home, to be sure we got what we paid for.

When I checked, as far as I can tell, we got the correct tires and all the wheels were balanced.

But, on the 2000 Buick Lesabre, the battery is located under the rear seat, and it is a pure pain to get to. Nevertheless, I removed the rear seat and checked the battery. I found that instead of a 100 month Warranty Motorcraft Battery, I had received an eighteen month warranty NAPA battery!!!

I seriously doubt such practices as evidenced by those "Service Advisors" was done on their own initiative. It is more likely they were instructed to treat their customers in this fashion. Until I am convinced otherwise, I believe this is everyday business practice at Battlefield Ford Quick Lane. 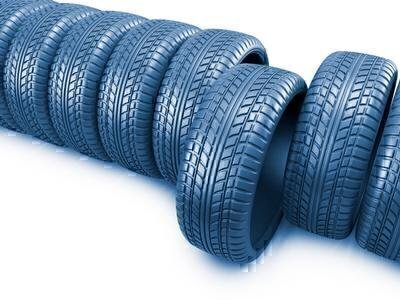 Where to Get the Best Price on Tires

Checkbook’s undercover shoppers found big price differences—sometimes differences of $400 or more—among local suppliers for the sets of tires we shopped. Want to find the best tire bargains? Read on.

Here's advice on how to find the proper tires for your vehicle, including a discussion of performance characteristics, tread wear, and notes on the available sources for ratings information.

How to Maintain Your Tires

Whichever tires you buy, a key to getting the highest possible value is to maintain them properly. Here are some guidelines.

Is Tire Road Hazard Protection Worth It?

While shopping for tires, you may be offered—or pressured to buy—road hazard coverage for your new “investment.” We advise you to skip buying this coverage.