Overall, online selling options offer the greatest payout potential, since many of them take a smaller percentage of the sale than physical stores. But because the original sale price drives how much cash you’ll get back, look beyond the commission percentage when deciding where to sell. The table below reports business policies and commissions for several online options.

Still, don’t expect to auction off your spaghetti sauce-stained Old Navy sweatpants at a profit. There are general rules about what sells well (or is even accepted) at secondhand brokers. And even if all of your former fashions are consigned and sold, you’re still looking at a small percentage of return on your initial investment. Much like a new car, that new Rag & Bone jacket starts to depreciate the moment you carry it out of the store. Here are some tips on getting the most money and the easiest experience from consigning clothing.

Clothing that’s worn, out of style (think something you’ve had five years or more), or damaged in any way probably won’t make the cut at a consignment store. You’ll up your chance of garments being accepted and sold if you bring or send them in freshly washed or drycleaned and ironed, too. 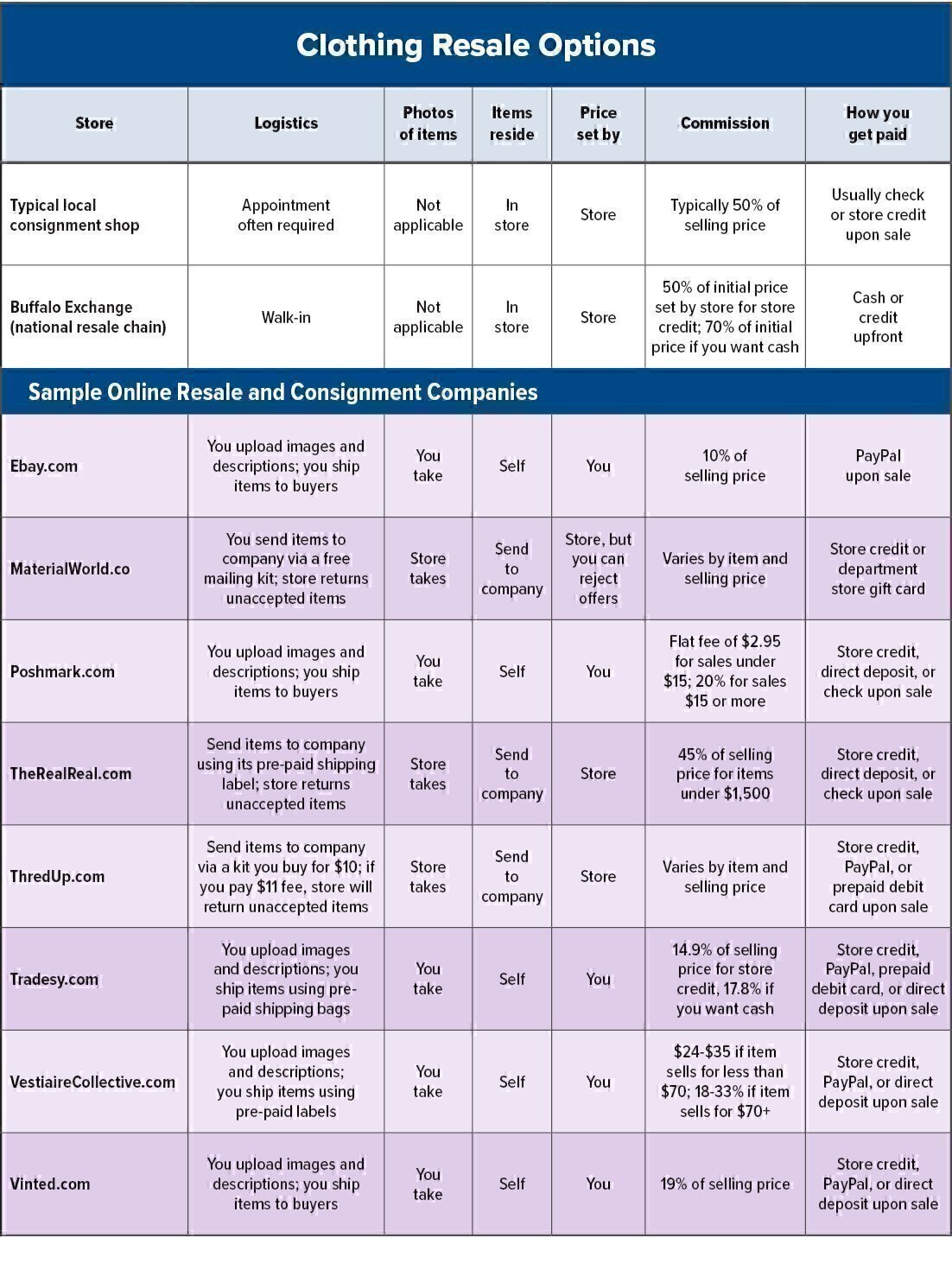