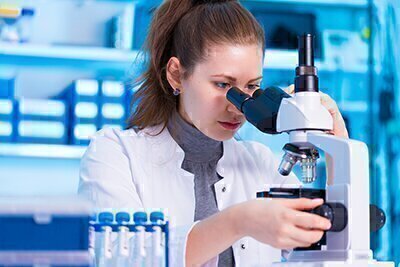 Are we fans of these reports? Yes and no. Let's start with 23andMe's health tests, which it heavily promotes in its ads.

For an extra $100, 23andMe will send you a “Health Predisposition” report on 10 or more genetic medical conditions, including late-onset Alzheimer’s, Parkinson’s, and BRCA1/BRCA2 (to indicate possibly increased risk for breast, ovarian, and prostate cancer). For each condition, its reports indicate “variant not detected,” “variant detected, but not likely at increased risk,” “slightly increased risk,” or “increased risk.” The conditions are those for which 23andMe has obtained FDA approval to report on; it’s seeking approval for others.

23andMe’s health reports also indicate whether customers are carriers of 44 medical traits, including cystic fibrosis, sickle cell anemia, and muscular dystrophy. Because most genetic medical conditions are autosomal recessive, your genes can carry a disease but your health will not be affected. But if you and your partner are both carriers, there’s the possibility that your children will inherit the recessive gene from each of you and contract the disease.

Among the DNA ancestry services, so far only 23andMe issues medical reports. But at Promethease.com you can upload raw data from AncestryDNA, FamilyTreeDNA, Genos, or 23andMe, and for $12 it will report whether it sees DNA variants that are possibly linked to hundreds of congenital conditions and diseases.

Unlike 23andMe, Promethease’s reports don’t offer easy-to-understand explanations and information—and it doesn’t have FDA approval for this work. Promethease gets around needing approval by not itself collecting samples and running tests to codify DNA; instead, it takes data from already completed testing and compares them to conclusions in studies published in scientific journals. The more research indicating that a genetic variant is connected to a genetic medical condition, the more reliable that connection. When using Promethease, you can—and absolutely should—filter your results to look at only conclusions based on high numbers of research studies in its library.

Are we fans of the reports you can get from 23andMe and Promethease? Yes and no.

We like that for $12–$100 patients can get a lot of genetic tests—without getting a prescription or involving a health insurance plan; similar tests ordered by physicians cost thousands of dollars. Getting easy access to this info means more patients will become interested in their health, which improves decision-making and care.

We also like that—as with much of its website—the explanations 23andMe provides on its healthcare reports are informative, prominently placed, and easy to grasp.

On the other hand, we found Promethease’s barebones website clunky and its reports far more difficult to absorb—but then it’s not meant to be a mass-marketed, high-traffic site. It was built by a geneticist and a programmer, and managed by volunteers.

But better access to this information doesn’t mean what you learn is actually useful, and most of these reports don’t really provide actionable knowledge. And for some consumers, these tests can do more harm than good. 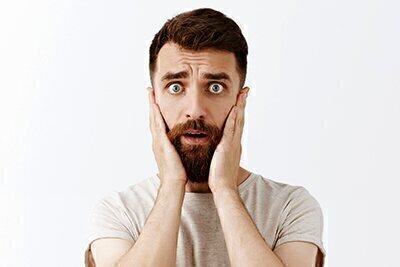 The type of testing 23andMe does is quick, but likely not as thorough or precise as what medical geneticists can provide. One very limited study found that about 40 percent of 23andMe’s test results that identified genetic disorders were false positives. If a consumer receives a false positive, it creates unneeded anxiety and could encourage additional tests, procedures, or medication that increase risk of complications.

A general problem with genetic tests is that they search for a small number of specific variants and can’t account for the existence of “good” genes that might cancel out some of the “bad” ones they identify.

Like many medical tests, genetic testing is often overprescribed. Visit ChoosingWisely.org for recommendations it has collected
from medical specialty societies in its effort to reduce unneeded and risky overtreatment.

On the other hand, these tests can lead to a false sense of security. Getting a “clear” result doesn’t mean you’ll never get the disease. For example, 23andMe looks for mutations in BRCA1 and BRCA2 genes linked to forms of inherited breast, ovarian, and prostate cancer. Mutation in those genes indicates increased risk, but so could thousands of other genetic mutations and other factors, including environment, diet, stress, and many other genes. There’s a big danger that its tests will discourage many patients from getting mammograms and other necessary tests. 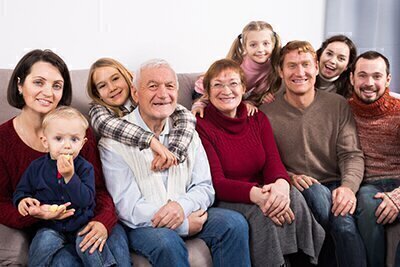 I took a deep breath before checking my DNA results for Alzheimer’s and Parkinson’s, but I probably should have chilled: I’m unaware of anyone in my very large family ever suffering from either of them. It’s a good lesson that, if you know your family’s medical history, you probably already know your risk for these types of conditions.

Even if genetic testing indicates higher-than-usual chances of developing Parkinson’s or late-onset Alzheimer’s, what will you do with that info? You still might not develop it; there’s no way to know whether these diseases’ associated genetic variants will ever actually express themselves. As with cancer testing, your genes might indicate a higher predisposition to develop a disease, but there’s no way to tell if you’ll ever actually get it.

And if you learn you are at increased risk for Alzheimer’s or Parkinson’s, there’s little you can do. Because there are no cures or preventive therapies, a positive test might help you recognize the onset of symptoms, but it more likely will just create anxiety about a disease that might never appear.

When you submit your own DNA for testing, you don’t get the same legal privacy protections you receive when doctors or hospitals initiate tests. Read our section on privacy for why that matters.

Many of the Other Tests These Companies Offer Are Silly

23andMe also reports on eight “wellness” traits (i.e., lactose intolerance, alcohol flush reaction) and more than 30 non-medical traits (back hair, earlobe type, photic sneeze reflex, toe-length ratio). For $10 extra, AncestryDNA will report on 18 of these non-medical traits.
These tests have no practical use (photic sneeze reflex? asparagus odor detection?); it’s all just for fun. But our reports were sadly inaccurate. The report I got back from 23andMe delved into 27 traits I could compare; 15 were correct, but 12 were decidedly wrong (my earlobes are connected!).

We sent DNA samples to Vitagene, which claims to use genetic data to create customized diet, exercise, and skin care regimens. Its reports include detailed weight loss plans—of course with customized supplements and skin care products they sell.

Although Vitagene’s diet plans seemed sensible enough, we don’t think we needed to undergo genetic testing to formulate equally good ones. And we give it a bit of credit for at least using a low-key approach selling its supplement subscription plan. But we suspect many of its recommendations are based on dubiously sourced research. Much recent clinical research indicates most supplements should be avoided—that they on average do more harm than good.

We also bought a “healthy weight” analysis from HomeDNA, which also offers optional reports on skin care, and pet and food sensitivities. Again, we don’t think you need genetic testing to formulate a sensible diet. And its efforts to sell us goofy reports on skin care and pet sensitivities made us question the reliability of the company’s ancestry tests.