How to Save Money on a Casket

How to Save Money on a Casket 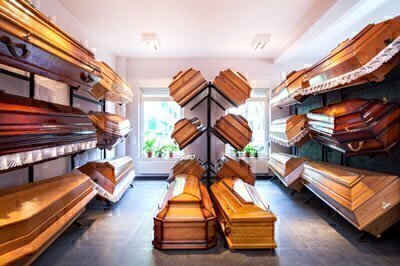 Casket costs often amount to a large portion of the price of a funeral. When we calculated sample costs for a traditional funeral for each of the homes listed on our Ratings Tables, we included their prices for the least-expensive oak (solid or veneer) caskets. On average, the price of the casket alone accounted for roughly 30 percent of funeral homes’ total charges. Had we chosen a more expensive coffin—for example, an elaborate casket made of copper or bronze with plush linings—the price of the casket could have accounted for more than three-fourths of the cost of the funeral.

There is tremendous price variation among funeral homes for identical caskets. Many homes mark up caskets three to five times wholesale; some have even higher markups.

You can comparison shop for caskets. Dozens of online casket vendors (including Costco) sell directly to consumers with next-day delivery to funeral homes. By law, funeral homes must allow you to provide your own casket and may not charge a handling fee if you do. But know they can withhold offered discounts for funeral packages if you don’t buy a casket from them.

Although Costco offers a very limited stock of caskets, its prices appear quite low: When we checked, the oak casket offered by Costco cost $2,199, and all of its caskets sold for between $1,299 and $2,999.

Our advice: Get written price proposals from funeral homes, including their charges for your selected casket, and then use online retailers’ prices to negotiate a lower price with the funeral home. Let the funeral home know the best price you found, and that you’ll buy it elsewhere unless the funeral home lowers its price. By law, funeral homes must provide customers with price lists for caskets they sell, and they are not allowed to charge more than the prices shown on the price list; but funeral homes are allowed—at their discretion—to discount casket prices.