Getting Rid of Your Unwanted Stuff

Do you have a hundred hangers full of attire you no longer wear? Or maybe you’ve accepted you’ll never fit back in to your formerly favorite jeans.

Styles, sizes, and needs change, especially recently. If you’re looking to unload unwanted clothing, shoes, and accessories, or refresh your wardrobe for less, know that the secondhand clothing market has evolved significantly from the days when musty, dusty church thrift shops and Goodwill storefronts were the main options for selling off duds that were duds and hunting for hidden treasures.

The secondhand apparel market is in the middle of a growth spurt. In 2019, it generated $28 billion in revenue; by 2024, it’s predicted to hit $64 billion, according to thredUP and GlobalData’s “2020 Resale Report.” Now it’s not only cool and eco-friendly to buy previously owned clothing, but you can also earn a bit of cash by unloading your gently used apparel via brick-and-mortar shops, easy-to-use apps, or online consignment stores.

Major retailers have joined the movement. Patagonia has a “Worn Wear” program that buys back your old stuff, cleans and refurbishes it, and resells it at a fraction of what you paid. Boutique athletic apparel giant Lululemon has launched a pilot program called “Like New”—shoppers in select areas can trade gently used Lululemon items for gift cards; the retailer will sell traded-in products in stores and online. Clothing reseller thredUP.com has partnered with Macy’s to create secondhand sections in select locations. Several other companies, including Nike and Levi’s, have launched similar re-commerce programs.

Even though the secondhand market is hot and getting hotter, let’s keep it real: You probably won’t make a bundle selling your old sweaters and silk frocks, even if you’re a designer-fiend clotheshorse. Like most consumer goods—cars, jewelry, electronics, etc.—apparel and accessories rarely hold their value. But you can make money, and it’s better to earn even a small amount of cash than to have unwanted items clogging your closet.

Ready to sell your past fashions? Here’s how to get the most for your stuff, your time, and your effort.

Traditional resale stores operate by taking your not-too-tired, usually name-brand clothing and accessories on consignment. You bring in your former favorite shoes, shirts, ballgowns, etc., staffers determine what they think they can and cannot sell, and you leave them for the store to price. You’ll sometimes need an appointment, but many stores also offer drop-in consigning.

There’s no hard-and-fast rule on what price tag a retailer will slap on a garment; much depends on how much the item originally cost, its age (more-dated pieces sell for less, and things more than five years old or so probably won’t get taken at all), and what’s popular in their shop (e.g., a groovy black jumpsuit might be more likely to sell in a downtown shop near the clubs than at a boutique out in the burbs). A good general rule is that things get priced one-half to one-third of their original price tags.

Shops usually try to sell your items for three months; you’ll get a portion (usually 50 percent) of the price either as store credit or a check. The latter is usually issued every few months or sometimes on-demand. Some retailers are moving toward keeping funds in PayPal accounts or other “wallet”-like services. Items that don’t sell are usually donated to charity after a few months; check with the shop if you’d like your stuff back, but know that many places won’t return them—it’s simply not worth their time and effort for clothing you probably don’t want anymore anyhow.

Also popular in Castoff Clothes Land are cash-upfront resale stores, which include national chains like Buffalo Exchange. Instead of consigning your gently loved garb, you peddle it directly to the store. Whatever staffers accept is then priced at two to four times what you receive. While this is an easy way to purge a lot of stuff quickly (and get some money), it probably isn’t going to net you the highest payback.

Part of the secondhand revolution comes from online selling. Mega marketplace eBay pioneered the clicks-for-your-old-kicks (or dresses) concept, and it’s still an option for offloading items. You take pics of your garment or bag or whatever, then list it online at a price you set (more on that later). You choose to auction it off to the highest bidder, sell it at a fixed price, or simply ask for the best offer.

eBay has been joined by dozens of online reselling sites and apps. They generally fall into two models. First, there’s what you might call the Be Your Own Boutique Owner! models—including Poshmark, Tradesy, Vinted, and even craft-haven Etsy—where you can hawk anything you like at whatever price you like. In most cases, you take photos of your items (flat on the ground, on a hanger, on yourself, or on a dress dummy) and set your own prices, though some sites and apps offer pricing advice.

Then there are online resale brokers that work in much the same way as traditional consignment stores. At sites like thredUP and high-end TheRealReal, you mail in your items, usually in a prepaid-shipping box or envelope. Staffers then evaluate them, decide which ones to consign, photograph and list pieces, and—eventually—pay you when your clothing resells. If they don’t accept something you send in, they’ll generally ship the item back to you (some for a price, others for free). Items that don’t sell are for the most part donated to charity, but ask if you can possibly get them back.

Some businesses (usually online sell-it-yourself ones like Poshmark and Vinted) allow you to sell any items by any brands you like (yep, go ahead and offer up those Sears wading boots at top dollar—you never know!). Others have lists of brands that they’ll accept. For example, thredUP takes a range of mid-market merch from names like J. Crew and Banana Republic plus higher-end designers. Other sites that cultivate a luxe clientele have stricter guidelines, mostly allowing labels you’d find at Bloomingdale’s, Nordstrom, etc. Think Chanel, Marni, and other big, pricey names.

Overall, online selling options offer the greatest payout potential, since many of them take a smaller percentage of the sale than physical stores. But because the original sale price drives how much cash you’ll get back, look beyond the commission percentage when deciding where to sell. The table below reports business policies and commissions for the major online options. 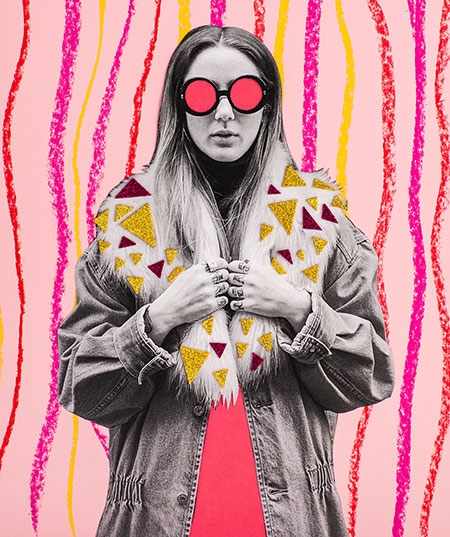 Getting the Most Flash for Your Old Fash

Still, don’t expect to auction off your spaghetti sauce-stained Old Navy sweatpants at a profit. There are general rules about what sells well (or is even accepted) at secondhand brokers (see below). And even if all of your former fashions are consigned and sold, you’re still looking at a small percentage of return on your initial investment. Much like a new car, that new Rag & Bone jacket starts to depreciate the moment you carry it out of the store. Here are some tips on getting the most money and the easiest experience from consigning clothing.

You probably look for your favorite labels when you shop online or in person, and so do consignment stores. Recognizable designers or store brands simply sell more often or quicker, whether that’s a Dior ballgown or a Madewell button-down. Many retailers list their favored brands on their websites. That doesn’t mean a shop, at least a brick-and-mortar one, won’t take a fabulous piece by a little-known maker; there’s always room for an out-of-this-world sequined cocktail dress or feathered handbag.

Clothing that’s worn, out of style (think something you’ve had five years or more), or damaged in any way probably won’t make the cut at a consignment store. You’ll up your chance of garments being accepted and sold if you bring or send them in freshly washed or dry-cleaned and ironed, too.

Yeah, we know you paid a lot for that fur-trimmed ball gown from Fifi of Paris. But if a store or site doesn’t think it can sell an item, it won’t take it on. Don’t consider it anything other than business; it’s not a judgment on your taste. 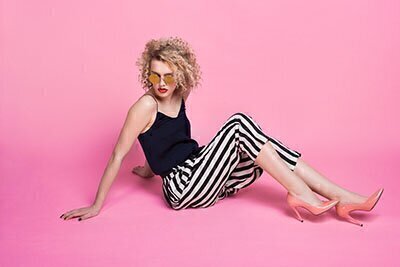 If you’ve dropped your old fashions at a physical consignment store, staffers will merchandise them for you, perhaps dangling necklaces from a cool rack or popping your old Theory dress on a mannequin. The same goes for full-service consignment shops such as The Real Real, and ThredUp, which will photograph items on a white background or a dress form.

Look at how other items from the same brand or designer are priced (some sites let you view sold items, a great way to determine a realistic price), and keep your listing in the ballpark. Some sites (Poshmark, eBay) have tools that help you determine a fair or quick-to-sell amount. You can always start at the high end of the range and lower your rate later.

Online you either keep your items until they are sold (Poshmark, eBay) or, after a set amount of time, can request items be shipped back to you (often at your own expense). For instance, TheRealReal will, at your request, return unsold merchandise to you after 180 days. If you don’t want items back, they are usually donated to charity.