There are several laser eye surgery options, but LASIK (laser-assisted in situ keratomileusis) surgery is by far the most common method, and for most consumers the best option. Other laser-surgery variations include PRK (photorefractive keratectomy, in which the laser treatment is performed without a surgical flap) and LASEK (laser epithelial keratomileusis) or Epi-LASIK. 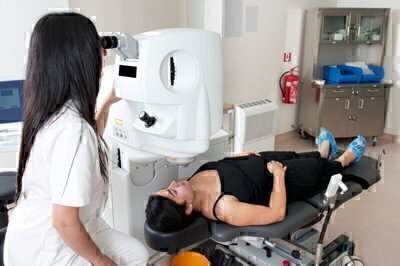 LASIK comes in several flavors, including conventional, monovision, bladeless, and custom “wavefront-guided” LASIK. The differences among these approaches lie mostly in the technology used. Rather than focusing on surgical approach, we think it’s more important for patients to carefully choose their surgeons—and to consider whether to have any surgery at all.

All the options involve making precise measurements of your eye that enable the surgeon to slice open and pull back a small flap in the cornea, then use a computer-guided laser to reshape the cornea. This reshaping causes the cornea to re-bend the light entering the eye to correct for the refractive errors present in the eye at the time of surgery.

Intraocular lenses (IOLs) can be a surgical option for those who aren’t good candidates for LASIK. They’re also offered to age 40+ patients seeking LASIK and those heading into cataract surgery to replace the clouded lens with a clear one and correct vision impairments in one fell swoop. You can ask your doctor if IOLs are a good alternative to LASIK even if you do qualify for that procedure and even if you don’t yet have cataracts.

To place phakic IOLs, a surgeon makes an incision in the side of the eye, into which he or she places a lens between the cornea and iris, or between the iris and the lens. Regular IOLs also require an incision, but they involve removal of your natural lens and replacement with an artificial one. Both types use prescriptions that bend the light entering the eye to correct for the refractive errors present in the eye.

IOL surgery’s main drawback is price: $4,000+ per eye. It’s also a more invasive procedure than LASIK, which means a higher chance of serious complications. So most patients just opt for LASIK, which is what we focus on here.