As more and more teeth withstand the threat of tooth decay, a second threat must be confronted: periodontal disease, the disease of the gums, bone, and supporting structures around the teeth. Half of adults over age 30 have experienced at least some periodontal attachment loss, and about 15 percent have suffered more severe destruction. Periodontal disease can result in pain, an unattractive appearance, and bad breath. Recent research has even associated periodontal disease with higher rates of premature birth in pregnant women, heart disease, and stroke.

The most common destructive gum disorder is a progressive disease called chronic periodontitis. As with tooth decay, periodontitis is caused by the bacteria that reside in the plaque that continually accumulates on teeth. 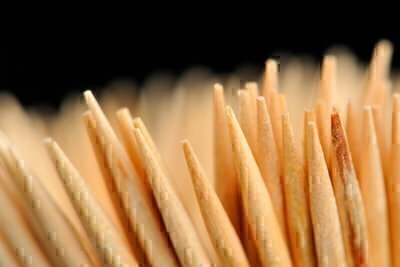 Periodontitis is preceded by gingivitis, a condition in which the gums are inflamed and may bleed during tooth brushing, flossing, or gentle probing. The inflammation is the body’s response to bacterial infection. Gingivitis does not always lead to periodontitis, but periodontitis is always preceded by gingivitis. If the disease does progress, bacteria multiply, giving off products that erode healthy tissue, create periodontal “pockets,” and separate teeth from their supporting structure. Eventually, if the supporting structure of gums, connective tissue, and bone is destroyed, the teeth are lost.

The bacteria also take their toll indirectly—by activating the body’s immune system. Periodontitis is one of those diseases (rheumatoid arthritis is another) that subverts the body’s defenses to attack the body itself. To attack the bacteria, the body dispatches white blood cells and antibodies, but they also—by emitting destructive enzymes and by other processes—contribute to the destruction of the bone and cartilage that hold teeth in place.

As with tooth decay, specific types of bacteria in plaque are responsible for specific stages of gum disease.

But the presence even of the offending bacteria does not ensure tissue destruction. A small number of individuals appear to suffer no serious effects, even if gums are not cared for at all. What’s more, in a given individual the disease may advance, subside, and advance again as time passes. Indeed, within the same mouth, the disease may be advancing at some sites and in remission at others. Much remains to be learned about some individuals’ predispositions to gum disease, the interaction between gum disease and changes in the body’s immune system, the interaction among various types of bacteria, and how some harmless bacteria may at times gain dominance over their more destructive counterparts.

The primary way to prevent gum disease today is to remove plaque and calculus (hardened accumulated plaque) from tooth surfaces. Patients must carefully remove plaque each day before it hardens into calculus. For best results, patients are encouraged to use devices that can clean all surfaces of the tooth; a toothbrush, dental floss, and a toothpick or Stim-U-Dent. In addition, a dentist or hygienist must periodically remove plaque and calculus from below the gum line, pockets, and other areas inaccessible to the patient. There is universal agreement that these procedures effectively protect against periodontal disease. In addition to their value in removing plaque, brushing and using a toothpick to stimulate the gums help prevent disease.

Treatment for periodontal disease consists of reducing or eliminating plaque, calculus, and the destructive products that appear as a result of plaque accumulation. In addition, treatment fosters the reattachment and growth of separated or destroyed gums, bone, and connective tissue.

The primary approach to periodontal treatment is the same as the prevailing approach to prevention: careful, regular cleaning by patient and dentist. By removing harmful bacteria, these procedures make it relatively difficult for bacteria to reattach to tooth surfaces, allow harmless strains of bacteria to emerge as the area’s dominant species, and facilitate the reattachment of connective tissue.

But these treatments have limitations. If pockets are sufficiently deep, it is difficult for the dentist to reach or inspect areas that need scaling or planing. Consequently, many periodontists resort to surgery. The old approach involved cutting gum tissue away from the tooth, then suturing the tissue back in place after the hidden pockets had been properly cleaned and planed. Many times the roots were exposed and teeth became very sensitive or prone to root cavities. Modern techniques are geared more toward bone grafting and tissue regeneration, where possible.