How to Get Rid of Mosquitoes

How to Get Rid of Mosquitoes 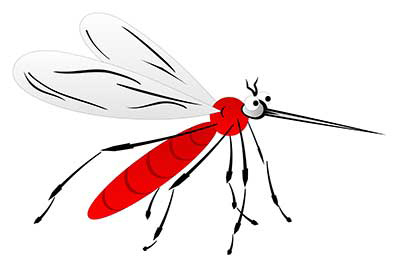 In some yards, mosquitoes become so bothersome that residents won’t go outside in the summer. And in many parts of the U.S., mosquitoes pose a great health threat by spreading West Nile virus.

Zillions of products promise to keep mosquitoes away, from wristbands to speakers that emit ultrasonic noise to electronic repellers to aromatic plants. Many of these claims are bogus; some have a little bit of merit. The University of California Statewide Integrated Pest Management Program says this:

“Researchers have shown that all these methods are of little or no value in repelling mosquitoes… Electric bug zappers that are used to kill pest insects are probably counterproductive because many of the insects caught by these traps are those that prey on mosquitoes.”

So what should you do to get skeeters to scram? Start with the following steps:

You can hire a pest control service to knock down a mosquito population by spraying your yard and gardens. Our Ratings Tables will help you identify top outfits. The problem is such a treatment isn’t a long-term solution. The most common—and by far most effective—pesticides used to treat outdoor areas for mosquitoes are pyrethroids, which remain effective for only a short period of time and don’t affect larvae. To control mosquitoes, companies must apply pyrethroids liberally and often—spraying every 21 days is the most typical treatment plan.

For a small yard or large patio, our undercover shoppers were quoted prices ranging from $50 to $150 per every-three-week treatment. To treat a large yard (1/2 acre), prices ranged from $75 to $200 per treatment.

The upside: If done properly, these treatments are effective—you won’t be bothered by mosquitoes or other biting insects.

The downside: Pyrethroids will also kill beneficial insects, including pollinators.

Pyrethroids can also harm you and your family, including pets. Effects range from mild (dizziness, fatigue, blurred vision) to severe (unconsciousness, muscle twitches, difficulty breathing, death). To minimize risks, ask your exterminator to focus on areas where mosquitoes like to hide (plants and mulch)—they should do this anyway, but some applicators bomb entire yards to avoid having to return to repeat treatments. Avoid these areas for several days afterward, and keep your furry family members away, too.

Many companies also offer alternative repellents and pesticides, often claiming they are effective and safe. But be skeptical: Even if an alternative repellent actually works, it would need to be applied in large quantity and often. And some products marketed as “natural” remedies have undergone few or no toxicity studies.

In addition to asking for a targeted approach, don’t sign on for mosquito control services, or re-up your contract from last year, until you start feeling the bite from some blood-sucking amigos. We found that some services push April startup dates and October end dates; most homeowners will find that’s overkill and that they can start treatment much later and end it earlier.