Consumer from SILVER SPRING, MD
Oct 07, 2012
Not Recommended
Bathroom floor and walls. Mo Afrakhteh supervised his workers (we bought tile from the Tile Shop in Rockville) on the job a couple years ago. Within the first year the grout on the counters disintegrated. Then pieces of tile started falling off in all the corners and was mess near the shower enclosure. (the floor tile was fine.) Finally I went to the tile shop to complain. "Mo stands behind his work" is what the shop said. We called Mo and it took him weeks to finally show up and said he'd come on a Saturday to do the work. Weeks went by and he promised to come last Saturday at 9:30. When he didn't show up we called. He had forgotten and said he'd come after 4 pm. Then he called and asked if we had the grout. We did not, as we didn't even know the color. He did not show up. Then he came Monday and fixed the grout. We didn't know that 'stands behind his work' would cost us, but it did--- $150. We don't consider that standing behind your work.
Consumer from BETHESDA, MD
Jun 08, 2010
Recommended
Sina Tile is a firm consisting of the owner, Moe, and a crew of three men who have worked loyally with Moe for many years and who speak English fairly well. This company was recommended to us by The Tile Shop in Rockville, MD. Sina Tile installed a 900-square foot tile floor (diagonal layout) in our basement, renovated a bathroom with new tile and recessed niches, and installed a kitchen backsplash with tile mural. Basically they did a very good job, although there were a few problems. The floor job was outstanding, with very little waste of tile (fortunately I was able to return most of the excess to the tile store). However, they forgot about putting edge protectors where the tile terminated at doorways to other rooms. They later “fixed” this by adding bullnose, which has a steeper angle than ideal to prevent tripping. In the bathroom, the plumbing fixtures were carefully removed and replaced very skillfully with no problems, but I noted some sloppiness in details of the wall tile, recessed niches, and mosaic listello. I regret that I did not point out problems during the installation before the thinset (glue) dried. They later corrected all the problems, but Moe said that one should not expect perfection with bathroom detailing. The last thing they did was the backsplash, and this time I watched the installation carefully and pointed out some misalignments before the thinset dried, with very satisfying results. Moe is very experienced, friendly, and courteous, and he visited the job site three times each day, but the homeowner should stay home to watch their detail work carefully to catch errors when they are easily corrected. Also the homeowners should carefully consider grout color options in advance, because Moe’s recommendations may not be the best. Also Moe’s quotes for jobs include a $300 "fix price,” a sort cover charge criticized by another reviewer here. Moe explained that this is so they can make enough money to pay his men when doing very small jobs. For larger jobs, is important to compare bottom line total quotes given by various tile installers, because Sina's $300 cover charge may be offset by lower charges for other line items.
Consumer from HARBOR SPRINGS, MI
Feb 28, 2010
Not Recommended
This contractor charges just to come to your door. He also won't do follow up work. Avoid. 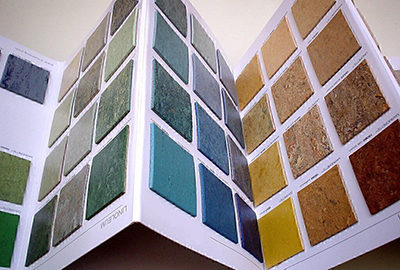