Acupuncture is a treatment that stimulates various body points by penetrating the skin with thin metal needles. The approach draws on various medical traditions from China, Japan, Korea, and other Asian countries, some dating back as far as 2,000 years. 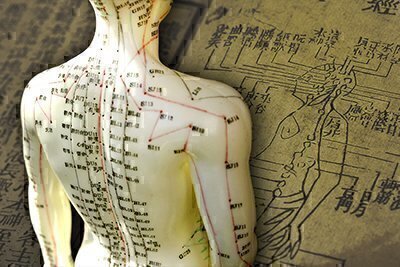 Acupuncture in China has swung in and out of vogue for hundreds of years. During the 1600s, it fell out of favor and was replaced by herbal remedies. By the 1800s, Chinese medicine was science-based. In the 1950s, when China lacked financial and medical resources and sought low-cost medical care treatments, acupuncture made a comeback.

In the U.S., use of acupuncture reaches back only about 50 years. As U.S.-China relations reopened in the early 1970s, James Reston, a Pulitzer Prize-winning reporter, contracted appendicitis while visiting China (he just missed the scoop on Henry Kissinger’s secret meeting with Premier Zhou Enlai). After his appendectomy, Reston claimed his post-op discomfort was successfully treated with acupuncture, a story he recounted on the front page of The New York Times (headline: “Now, About My Operation in Peking”). Nixon’s visit in 1972 further spurred interest in the pins-and-needles treatment.

Western medicine generally accepts acupuncture as a process that works by stimulating and promoting the body’s own healing processes. In Eastern medical lingo, ailments are described in terms of an excess of or deficiency in yin or yang, forces that are connected and interdependent. Energy, or qi (pronounced “chee” in Chinese), flows through the meridians or pathways of the body. These pathways connect via acupuncture points that relate to internal organs; acupuncture’s specialized needle placements restore the balance of yin and yang by reducing disruptions along the meridians, improving the flow of qi and promoting healing.

Although most Americans are now familiar with acupuncture, only a small number actually use it; most estimates calculate that fewer than two percent of adults in the U.S. undergo acupuncture procedures each year.

Like many alternative medical procedures, acupuncture is also subject to trends, which currently include:

Deep or dry acupuncture, which usually utilizes longer or thicker needles than traditional acupuncture and often seeks to stimulate muscles by attaching the needles to low electric currents. Many of its practitioners insist that while their method draws on acupuncture traditions, it is not really acupuncture. There’s a bit of controversy here: A lot of acupuncturists argue that physical therapists and chiropractors performing the procedure are calling it something other than acupuncture to avoid state licensure requirements.

Community acupuncture, where several patients (fully clothed, in case you were wondering) lie in the same room and receive simultaneous treatment. This group setting supposedly heightens healing; if you don’t buy that, then maybe the very low costs will tempt you to try it. While private acupuncture typically costs $80 to $125 per session, community acupuncture usually runs $20 to $50.