There’s no clear answer as to whether acupuncture is a microneedle magic bullet. Although there’s much evidence that it often alleviates pain and successfully treats a range of symptoms and diseases, findings from clinical studies aimed at measuring its effectiveness are limited and inconclusive. Many skeptics argue that any benefits of getting stuck probably derive from a placebo effect. 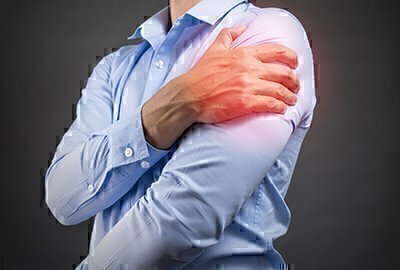 Patients Who Try It Love It

The vast majority of people who undergo acupuncture treatments believe them to be effective.

A study by American Specialty Health (ASH) using the Clinician & Group Consumer Assessment of Healthcare Providers and Systems surveyed 89,000 patients who received treatment for chronic pain. It found a vast majority (87 percent) of patients rated their acupuncturists favorably (9 or 10 on a 0-to-10 scale), somewhat more favorably than patients rated conventional healthcare providers (76 to 80 percent). Nearly all (99 percent) of the surveyed acupuncture patients rated their providers good or excellent, and almost none reported minor or serious adverse effects.

In our surveys of acupuncture patients, providers receive quite favorable ratings: On average, acupuncturists are recommended about 93 percent of the time, which is comparable to the average ratings we get for massage therapists, physical therapists, and physicians.

Western medicine proposes several theories on how acupuncture works. One premise: It releases the body’s own painkillers, or endorphins. This theory is supported by research that indicates needle insertion prompts the flow of adenosine, a chemical that reduces inflammation. Another hypothesis, the Gate Control Theory of Pain, argues that the body shuts down pain receptors in response to acupuncture’s needling.

Most acupuncture research has focused on its use to relieve pain. Unfortunately, testing the efficacy of acupuncture is difficult. In double-blind studies, the gold standard for testing effectiveness of drugs or treatments, neither participants nor experimenters know which group is getting which treatment. Typically, one group receives the conventional drug or treatment while another group receives a placebo. The problem is, there are no good placebo substitutes for acupuncture—when testers use sham needles, patients typically know they aren’t really being poked.

Another problem in assessing acupuncture (and many other medical treatments) is that ailments often simply resolve themselves. Back pain, Bell’s palsy, or insomnia may go away during a course of acupuncture treatment, but these problems might also have healed or disappeared without acupuncture—or medication or surgery.

Although acupuncture is for the most part accepted by healthcare providers and insurance companies as a legitimate medical treatment, there’s not complete agreement. In 2016, the United Kingdom’s National Institute for Health and Care Excellence (NICE) reversed some of its recommendations to the National Health Service for using acupuncture to treat low back pain.

A main argument against acupuncture is summed up in a 2016 Scientific American article, which cites only small differences between the effectiveness of acupuncture versus controlled substitutes:

“Studies have found no meaningful difference between acupuncture and a wide range of sham treatments. Whether investigators penetrate the skin or not, use needles or toothpicks, target the particular locations on the body cited by acupuncturists or random ones, the same proportion of patients experience more or less the same degree of pain relief.”

The website Science-Based Medicine calls acupuncture “a prescientific superstition” that “lacks a plausible mechanism” for its “alleged effects” and argues that clinical trials using tight controls to study the practice typically find acupuncture provides no actual positive effects in patients.

Acupuncture Is Emerging as an Effective Alternative to Pain Meds

One way to evaluate acupuncture’s effectiveness is to compare it to traditional pain-management approaches. Many healthcare providers see acupuncture as a possible tool to battle the U.S. opioid epidemic, which largely was brought about by legal prescriptions of painkillers. The U.S. Centers for Disease Control and Prevention now advises doctors to prescribe opiates sparingly.

In 2017, the American College of Physicians released a recommendation to use acupuncture as one of the first treatments for low back pain, and The Joint Commission’s “Pain Assessment and Management Standards” includes acupuncture as one of several non-pharmacologic and non-opioid strategies for managing pain.

A study published in a 2016 issue of The American Journal of Emergency Medicine found acupuncture was a better alternative than morphine for acute pain. Ninety-two percent of patients receiving acupuncture reported a reduction in pain, while 78 percent of the group that received morphine experienced a reduction. In addition, acupuncture—unlike morphine—led to no unpleasant side effects and has no risk of addiction.

“Acupuncture is effective for the treatment of chronic pain and is therefore a reasonable referral option. Significant differences between true and sham acupuncture indicate that acupuncture is more than a placebo. However, these differences are relatively modest, suggesting that factors in addition to the specific effects of needling are important contributors to the therapeutic effects of acupuncture.”

Unlike Many Medical Treatments and Drugs, There’s Little Harm in Trying It

Maybe acupuncture’s usually positive results are from a placebo effect. Or maybe all those needles somehow stimulate the body to heal itself or suppress pain. Or maybe getting yourself stuck works due to an as-yet-discovered process. If you’re the patient, since it works and, when properly performed, involves very few risks and virtually no negative side effects, maybe you shouldn’t overthink it.

After all, thousands of drugs and medical procedures are approved and prescribed to treat conditions at enormous cost every day, often without a precise understanding of why they work, or even whether they are effective at all compared to other approaches or doing nothing. Unlike acupuncture, often these approved and accepted treatments pose serious risks to patients who undergo treatment. As the National Institutes of Health’s “Consensus Statement” argued decades ago, when acupuncture started to become more widespread in the U.S.:

“One of the advantages of acupuncture is that the incidence of adverse effects is substantially lower than that of many drugs or other accepted medical procedures used for the same conditions. As an example, musculoskeletal conditions, such as fibromyalgia, myofascial pain, and tennis elbow, or epicondylitis, are conditions for which acupuncture may be beneficial. These painful conditions are often treated with, among other things, anti-inflammatory medications (aspirin, ibuprofen, etc.) or with steroid injections. Both medical interventions have potential for deleterious side effects but are still widely used and are considered acceptable treatments. The evidence supporting these therapies is no better than that for acupuncture.” [Emphasis added.]