For moves within Washington of less than 56 miles, companies set their prices based on the number of workers and the amount of time needed for the job. For longer-distance intrastate moves, charges are based on mileage and weight. If you get help packing, prices will also include charges for labor and for any company-provided containers.

The only way to get a good price is to shop around. Ask several movers to provide written estimates. A written estimate must be provided before the move. Some companies will provide an estimate with a cap; you won’t pay more than the cap and will pay less if the job takes less time than estimated. Most companies offer only nonbinding estimates, but because Washington law stipulates that movers cannot charge more than 25 percent above a written estimate, any written estimate in effect includes a not-to-exceed price.

For long-distance moves, you can be present at the truck weighing or have the mover inform you of the charges immediately after the weighing. If you disagree with the total weight, you may request a reweighing before delivery, if practical, (although you may have to pay for it). 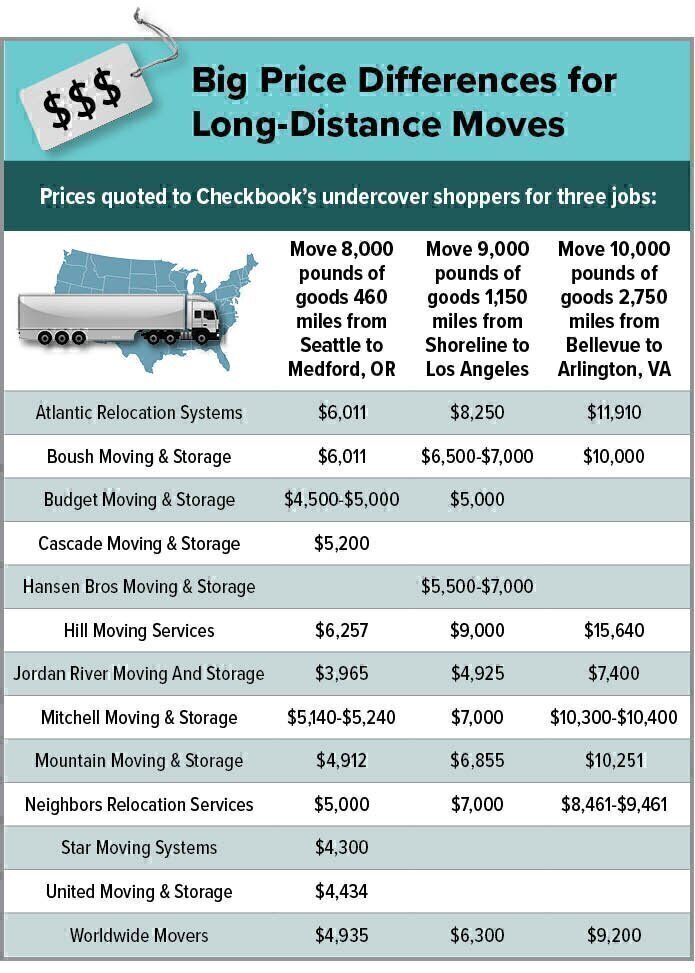