Pet insurance is sold and bought with emotional appeals to “pet parents.” Buyers are promised insurance will help pay for expensive treatment and avoid the heartbreaking decision to euthanize their pride and joy should he or she fall seriously ill or injured. And insurers do pay up when claims come in.

Our analysis of plans offered by 11 pet insurance companies found that most configure their pricing so that premiums skyrocket as pets get old and therefore are most likely to need coverage. That forces many pet parents to pull the plug on coverage. That’s a cruel twist, because once they cancel, their animal “child” is again at risk of economic euthanasia—which defeats all the good intentions that drew them to the initial decision to purchase coverage. 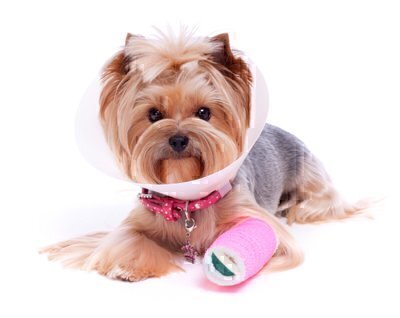 That irony is misleading enough, but we also found more explicit deception. When we reported on pet insurance in 2018, Healthy Paws spokesperson Brynn Wienckowski told Checkbook that, “At Healthy Paws, premium increases are based solely on the overall experience rating in your zip code. We do not increase premiums based on your pet’s age.”

And in its government-required rate filings, one of Healthy Paws’ underwriters also told Washington state regulators that the insured pet’s age would not be a factor in calculating premiums.

“However, the company increased rates every year based on the pet’s age,” the Office of the Insurance Commissioner reported in 2020, when it fined two insurance companies that sold policies through Healthy Paws $950,000 and ordered them to repay $4.7 million plus interest to wronged consumers for unfair rate increases, failing to notify customers of rate hikes, age-based pricing not approved by the state, and other violations.

Healthy Paws has since withdrawn from the pet insurance market in Washington state.

Unfortunately, because insurance is regulated by the states, the consumer protection actions enforced in Washington state won’t benefit

Healthy Paws’ policyholders elsewhere. We didn’t find similar regulatory actions against Healthy Paws in other states, and its company executives declined to respond to our questions about how the Washington state violations might impact its policies and pricing elsewhere.

Because of the promises made to us and regulators, in our 2018 report we viewed Healthy Paws as a favorable buy. Since then, we’ve heard from numerous Healthy Paws customers who were dissatisfied with what they viewed as unfair annual rate hikes.

For example, Joanne, a Virginia resident who did not want us to use her last name, said Healthy Paws raised the premium on Kobi, her American Eskimo miniature dog, insured since he was a puppy in 2015, by almost 70 percent in one year, from $90 per month in 2021 to $152 per month in 2022, when he would turn six. When she complained to the insurer, a Healthy Paws claims appeals manager told her that “Premiums are calculated based on factors that include your pet’s age” and four other factors. “It is shameful,” said Joanne, who has seen her premiums rise 180 percent since she signed up, spent more than $4,500 in premiums, and only been reimbursed for one claim for $35.

In California, Linda Shih said she insured Dugan, her Rotweiller-Shepherd mix, with Healthy Paws in 2013 when he was six years old for $46 a month. The first few years her premiums increased reasonably, and she assumed the increases would continue at eight to 10 percent per year. But by the time Dugan turned 12, premiums had reached about $100 per month; then premiums started increasing at a faster clip to $155, $233, and now $684 per month.

When Shih asked how the premium increases were determined, Healthy Paws told her age was one of six factors and that “the premiums were presented, reviewed, and approved by state insurance regulators.”

“That’s over $8,100 a year,” said Shih, who feels betrayed and expects to drop the now-unaffordable coverage. “Dugan has been a healthy dog with low claims. But just when we need Healthy Paws the most, they gouge us and let us down,” she said.

Healthy Paws did not comment on these customers’ cases, citing privacy concerns—despite the policyholders giving it permission to discuss their cases with Checkbook. “What we can say is that all policyholders’ premiums are determined by the insurance company based upon a variety of factors, which may include pet age, breed, sex, zip code, and the particular combination of reimbursement and deductible,” the company’s public relations firm said in an emailed statement.

Healthy Paws faces a class action lawsuit brought by Steven Benanav, of Los Angeles, who insured his dog Mali when he was five years old, in 2012, for $34 a month, and says he saw the premium rise to $105 in 2020. The suit alleges that Healthy Paws breached its policy contract, which only says premiums would increase to reflect changes in the costs of veterinary medicine. “Healthy Paws is not allowed to increase the cost of monthly premiums based on any other factors, including the pet’s age,” the complaint says. Nevertheless, the premium increased 200 percent as Mali aged between 2012 and 2020, when veterinary prices rose only 29 percent over that same period, according to the Bureau of Labor Statistics.

Although representatives of Healthy Paws’ outside public relations firm spoke with us briefly to learn how we planned to recalculate their plan’s costs and benefits, over several weeks, executives of the insurer itself ultimately never arranged to talk with Checkbook or comment before we went to press.